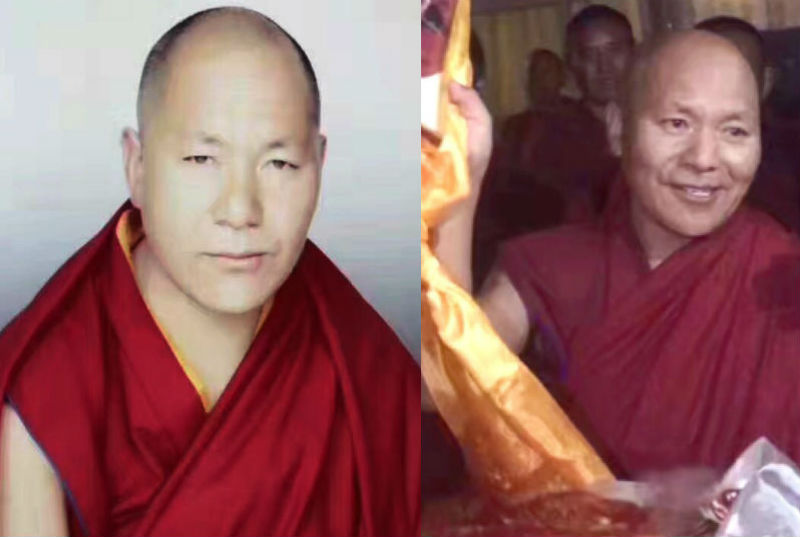 Tsultrim Gyatso, 52, former chant master at Achok Tsenyi Monastery, was released from Mianyang Prison in Sichuan Province, on April 1, 2017, sources told TPI on April 2nd, adding that on the same day, he arrived home, where he received a warm welcome by his fellow monks and locals.

Gyatso, chant master of Tsenyi Monastery in Amchok Township, Sangchu County of north-eastern Tibet, (Ch: Gansu province in north-central China), was arrested in 2008 following his involvement in the widespread protests in Tibet against China's repression.

On 16 and 17 March 2008, Gyatso and around 1000 monks from Tsenyi Monastery staged a protest outside the offices of the local Chinese authorities. On the night of 18 March, armed Chinese security forces stormed the Monastery and arrested Gyatso along with four other monks were detained and sentenced to varying terms under the charges of carrying out 'separatist activities'.

Gyatso arrived home April 1st, receiving a warm welcome from locals, include his families, fellow monks and intellectuals. 'He is believed to have joined back to his monastery on April 3, 2017,' sources said, speaking under condition of anonymity.

In a latest photo after his release from Chinese prison, Gyatso can be seen with former Tibetan political prisoner and fellow monk Ludrup Tendar and Tibetan intellectual Jangles Dhonkho aka "Nyen". He was born in 1966 to Dawatsang family, Camp no. 2 of Abhoe village in Meruma Township, Ngaba County, Tibet.