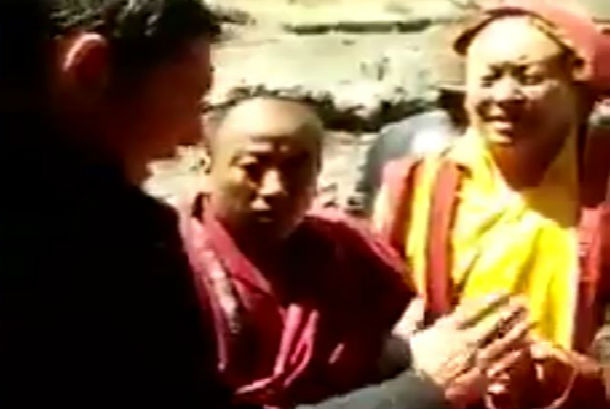 Dharamshala — In a new rare video footage, depicting Serta Larung Gar Monks confronting local Chinese authorities and calling upon them to discontinue the destruction of Larung Gar, in eastern Tibet. An official threatens monks' call against the ongoing government demolition of the Buddhist university.

The footage was smuggled out of Tibet recently, also shows despite Chinese military presence, a group of monks are questioning a local authority who was making an official visit to their monastery.

The monks asked: "If you are a people's leader who is listening to the public opinions, do you stand against public opinion? or do you like more public opinions in trying to deal with a problem? - The local official instead of trying to listen to them, bluntly threatened them with further crackdowns, and taking harsh stances on the ongoing destruction of the Buddhist Universiry: "Right now you look great, but you will see one day and you will cry!"

In March, Singaporean lawyer Charles Tay disguised himself as a tourist and entered the area, smuggling out photographs showing the extent of the demolition. Larung Gar originally housed over 10,000 monks and nuns. But Chinese authorities have ordered expulsions, in order to reduce the population to 5,000 by September.

Tay also corroborated reports by a visiting journalist from French newspaper Le Monde that tourist infrastructure and hotels are being built in the surrounding area. They cited modernisation, public safety, fire risks and improving tourist paths as some of the reasons for the demolitions.