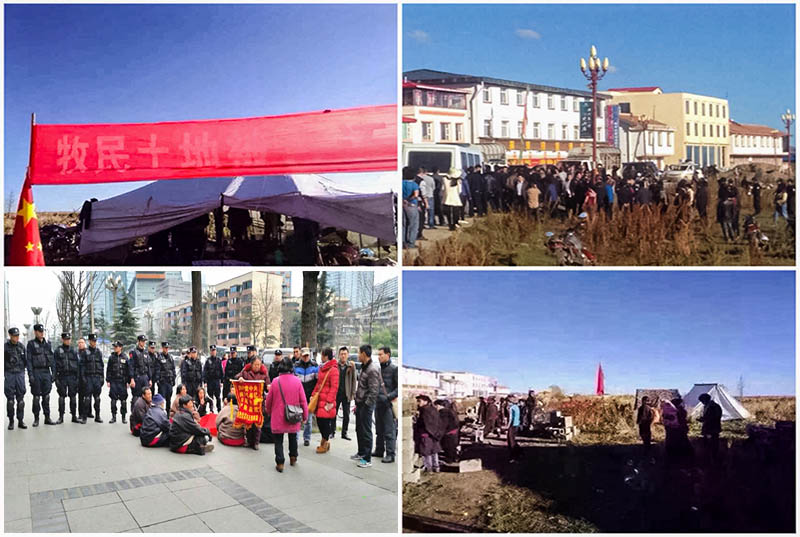 Dharamshala — Two Tibetan monks have received prison terms of 4–5 years in Ngaba County in eastern Tibet, for their activities challenging rule of the communist regime of China.

The two monks, named "Lobsang Sherab, 35 and Gedun Dakpa, 39, had been missing since being arrested in Thangkor Town, north-eastern Tibet, August 24, 2016," a Tibetan source from the region told the Tibet Post International (TPI), speaking on condition of anonymity.

Source told TPI that both monks were sentenced for their engagement in "activities to split the motherland" and "sharing information with outsiders" about peaceful protests staged by Tibetan nomads against government land seizures in Ka Bharma Village in Thangkor Town, Dzoege in Ngaba County of north-eastern Tibet.

Both had been missing since their arrests in 2016. Such cases of forcible mineral extraction by the Chinese government against the will of the Tibetan people is not new in Tibet.

Information about the sentencing has recently become known due to the difficulties of getting information out of the occupied Tibet. During their time in detention their family had received no information from authorities about his whereabouts.

Dakpa was the treasurer at his monastery and had no prior criminal record. Sherab was a worker at the monastery's store. Tibetans in Tibet are subject to heavy restrictions on their movements and on communicating with the outside world.

In August 2016, Chinese authorities detained a Tibetan monk following his protest against an illegal land grab by Chinese authorities in Sershul County of eastern Tibet. The source said that the Tibetan monk known as Lobsang Soepa carried a large sign with writings in Tibetan and Chinese that read, "The grassland in Wonpo township's Village No. 2, in Sershul County should be distributed in accordance with the law." "The grassland should be returned to the locals living on the land, without any bias."

In May 2016, Hundreds of Tibetans in Khanya Township (Ch: Kaniang), Drakgo County (Ch: Luhuo), just signed a petition to plead with the local government to investigate the severe living condition in the township of Kham region, eastern Tibet, as apparently Tibetans who live in rural areas are still facing deepening poverty in the face of China's so-called economic prosperity.

ccording to local contacts, the Chinese government has deliberately ceased poverty alleviation and construction projects in Khanya Township since 2008, which has left the township in extreme poverty ever since. Collapsing roads in the raining season and snow-sealed mountain passes in the winter have trapped villagers in the mountains for several times. Food and accommodation in the township were in serious shortage during these natural disasters, while the government remains unresponsive.