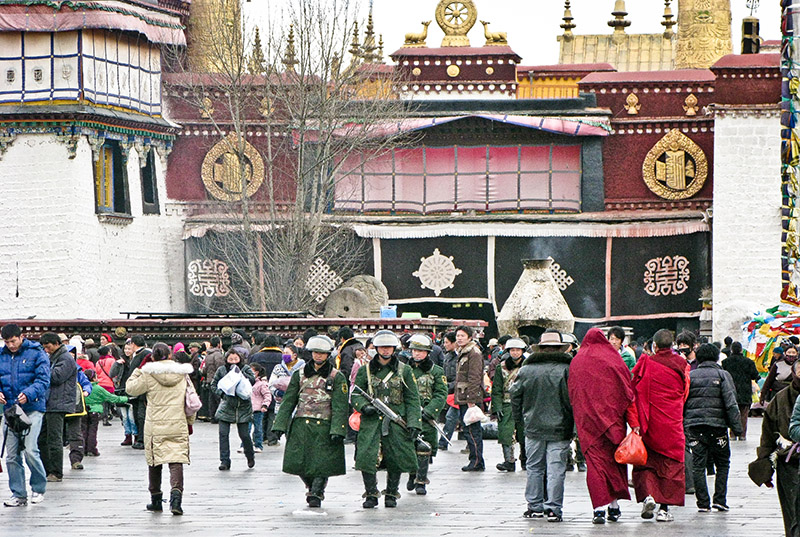 Washington, DC — The updated version of rules put in place in 2005 passed by the Chinese government on Thursday (September 7) should be assessed against the background of a series of laws that can be viewed as a systematic development of a security architecture.

"China's revised regulations on religious affairs passed by the State Council this week intensify controls over religious activity and present a further threat to Tibetan Buddhists," said the International Campaign for Tibet based in Washington, DC.

Among those are the 2015 Security Law, the NGO Law (in force January 2017), the 2016 Counter Terrorism Law, and the Cyber Security Law (in force May 2017). These laws represent the Chinese Communist Party's will to gain maximum control over every aspect of people's lives.

While announcing the passage of the regulations, the official Chinese media said: "The regulation prohibits the use of religion as a tool to sabotage national security, social order or China's education system, or to damage ethnic unity or carry out terrorist activities."

Chinese authorities have already been clamping down on normal Tibetan religious activities by maintaining that these are separatists or that they disrupt social order. This regulation will lead to an even more repressive situation — particularly in Tibet — that violates international human rights standards.

Given the far-reaching scope of the restrictions stated in the updated rules, the international community, United Nations bodies, governments and parliaments, must urge the Chinese government to bring this unacceptable legislation into conformity with international human rights standards.