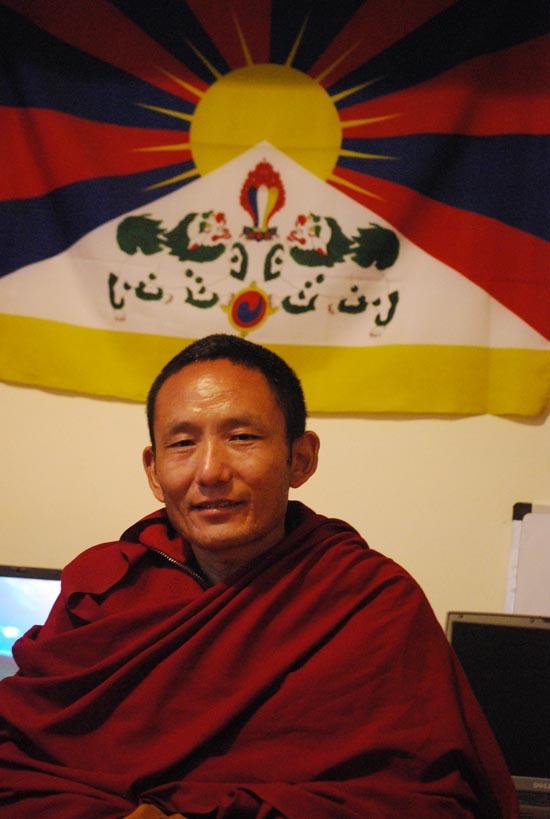 In 1996, Chinese authorities arrested Dorjee for supporting Tenzin Delek Rinpoche, an alleged terrorist, according to Chinese officials. Although there was no - and still isn't - any definable proof, the Chinese had pegged Tenzin Delek with unsolved bombings in Eastern Tibet - a statue of Chairman Mao had been blown up, and the government wanted "justice".

For six months Tsering Dorjee was detained. The beatings, he said, were endless. The Chinese authorities wanted him to "confess" that he knew Tenzin Delek Rinpoche to be a criminal. They Chinese were fishing for an accusation.

"We were tortured to such an extreme during those six months that I wanted to kill myself," Dorjee said through a translator.

But Dorjee wasn't the only one. About 150-160 other Tibetan supporters also were jailed and tortured for the same reason. But no matter the number of prisoners, the Tibetan community did not give up Tenzin Delek as a criminal, even when the Chinese put together a propaganda film about the supposed wrongdoings of Tenzin Delek.

"The film had been manipulated with computer graphics so it looked like Truku [Tenzin Delek] was admitting his crimes," Dorjee said. "But no one in the Tibetan community believed this. It was all false."

After six months of torture, Dorjee was released, bruised and nearly broken. About a year later, in 1998, Dorjee fled for India.

In 2002, Tenzin Delek and his alleged alibi were sentenced to death. The other man who was assumed to be Tenzin Delek's partner in crime, Lobsang Dhondup, was executed almost immediately. Thanks to international pressure from human rights groups and the United Nations, Tenzin Delek's sentence was commuted to a life in prison instead. His crimes have never been proven. He remains imprisoned.

On December 5, 2009, about 300 Tibetans from the Lithang Region staged a peaceful protest for the release of Tenzin Delek. Chinese authorities responded with force: approximately 90 protesters were hit or even beaten, and 60 were detained.

From his refugee camp in Dharamsala, India, Dorjee has an appeal:

"Support the truth," he said. "I'm calling on the US, the UN and the European parliaments for continuous support for [Tenzin Delek's] release, as well as aid for the Tibetan cause. Thank you."