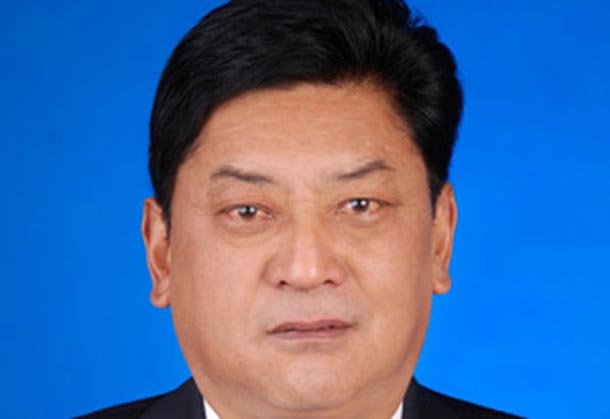 The Chinese Communist Party appointed a new governor of the so-called Tibetan Autonomous Region (TAR) to replace Jampa Phuntsok (also known as Qiangba Puncog), who resigned suddenly last week, just three years short of his retirement pension, for reasons on which neither he nor the government will elaborate.

The newly appointed governor is none other than Pema Thinley (also known as Padma Choling, Pelma Chiley or Baima Chilin), the ex-military leader and party secretary who was accused as being a staunch supporter of the inhumane crackdowns against the March 2008 protestors.

This now means that both the governor and the Communist Party Committee Secretary - the most powerful position in the TAR - have military backgrounds, which Robbie Barnett, a Tibet scholar at Columbia University in New York City, sees as a real red flag.

"Appointing a former military officer as the figurehead leader of Tibet when the Party Secretary, the actual leader, also has a military background suggests that China now sees Tibet as a problem of military control," Barnett said to Reuters news agency.

But most Tibetans think the move is just another diplomatic puppet show staged for the international audience with a short attention span. After all, military action aside, it sure sounds good if both the governor and Party boss are true Tibetans by ancestry, if not by loyalty.

But for those paying attention, it's nothing more than "a carefully manufactured show," reports Bhuchung D. Sonam for Phayul.com, with the purpose of portraying a happily-ever-after type ending in Tibet.

Backed by China, the new governor promises economic growth, but justice and fair representation for a country cruxed on nonviolence? We don't think so.