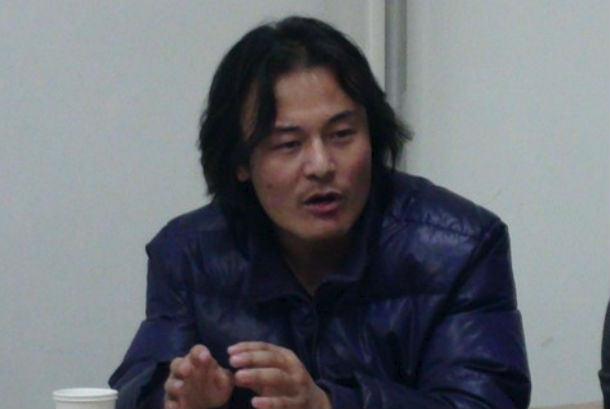 Tibetan writer Druklo, 32, who wrote under pen name 'Shokjang' has been sentenced to three years' imprisonment for allegedly leading "splittist movements" from 2008 and for writings allegedly engaging in splittist activities. Photo: TPI

Dharamshala — Sources coming from Tibet have said that Tibetan writer Shokjang has been released from prison after serving a three year sentence based on his writing.

According to sources in Tibet, Druklo, who is most commonly known by his pen name Shokjang, was released from prison in accordance with his sentence on March 19, 2018. He has allegedly been returned to his hometown Gengya village in Labrang (Chinese: Xiahe) county, in the Amdo region of Tibet.

Shokjang was originally detained by police in Rebkong, Qinghai, on March 19, 2015 and ultimately sentenced to three years in prison on charges of 'inciting separatism' and 'disturbing social stability,' though though Shokjang has continuously maintained his innocence.

Shokjang wrote a letter from prison, saying: "I am a Chinese citizen, and as a Tibetan intellectual, I have to be concerned for the precious lives of my own kin. If doing so is called ‘inciting separatism’, nothing is more laughable… If one talks about inciting separatism, I have not written even a word of separatism, much less instigated it. If I write about an incident in which I suffered harm, and that becomes an unfounded accusation against me, and I write an appeal to the court about the incident, that does not make me a separatist."

Shokjang was first arrested in April 2010, along with another writer Theurang, for their writing regarding the 2008 protests in Tibet, and Chinese violent suppression of Tibetan protesters. Theurang (also known as Tashi Rabten) was sentenced to four years, while Shokjang was released after over a month of detention during which he was subjected to interrogations and torture.