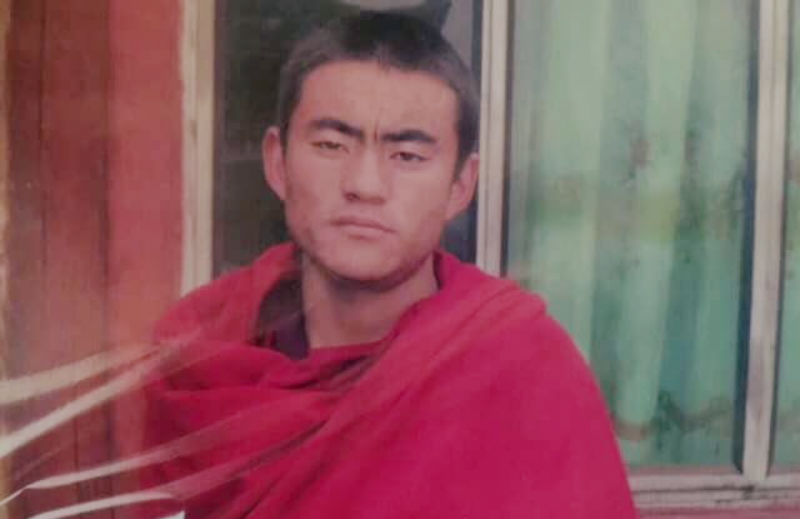 Dharamshala, India — A Tibetan monk who was detained after being taken into custody last year by Chinese police in Ngaba County, eastern Tibet was sentenced this week to a five-year prison term over allegedly engaging in 'political activities.'

"Lobsang Sangye, 36, a monk from Kirti Monastery in eastern Tibet, was sentenced on March 20, 2018, by the Intermediate Peoples' Court in Barkham," a source in exile with close contacts in the region told the TPI, on Thursday.

Sangye, who hails from Chilgdril (Chinese: Jiuzi) County in Golog County (Chinese: Guoluo Tibetan Autonomous Prefecture, Qinghai Province), was arbitrarily detained for unknown reasons, on August 14, 2012,” source said, adding: "that time he was a student of Pharchin class (English: Perfection of Wisdom) when he was arrested by Chinese authorities.

"The Buddhist monk remained disappeared after he was taken away by Chinese police from his monastery in Ngaba County in 2012, but the source said he has been rearrested around August 20, 2017 and sentenced to five years in prison in this week, for alleged involvement in political activities, though the exact charges against him are not known,' the source said, speaking on condition of anonymity.

Tibetan political prisoners face torture, beating, and degrading treatment during interrogation; unfair trials and sometimes detention without any trial whatsoever; punishment in prison, including long periods in isolation or years added to their sentences, especially if they try to protest the treatment of other prisoners; and illness and sometimes death from poor treatment and substandard prison conditions.