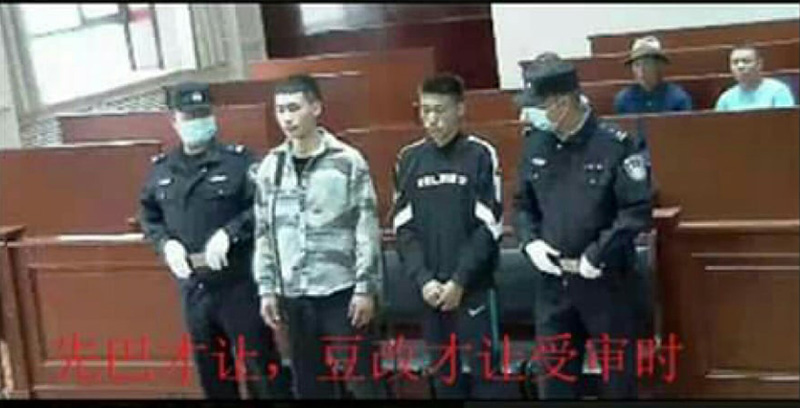 According to a Human Rights Group (Renquanwang), the two students have been charged allegedly with “inciting secession" after they displayed so-called "illegal team flags" in a football match, and uploaded relevant pictures on the Internet. The source said that one of them was sentenced and one was exempted from criminal punishment.

On August 3, 2020, Jampa Tsering and Dhukar Tsering were accused of "inciting secession" by the Hainan Prefecture Intermediate Court of Qinghai Province. Jampa Tsering was sentenced to one and a half years in a prison term, and deprived of public rights for one year. Dhukar Tsering is exempt from criminal punishment.

The report points out that, “Dhukar Tsering actively contacted Jampa Tsering to obtain "illegal pictures" and designed the football team flags and emblems” accused of "inciting secession and undermining national unity." It was publicly displayed to the audience during the 6th "Holy Lake Cup" football match in Gonghe County, Qinghai Province. Then upload it to WeChat Moments. Many local Tibetan viewers and netizens learned of the incident. The Chinese authorities alleged that the incident caused bad political influence. "

"During the trial, the authorities considered that Dhukar was a student at school and was the first offender. Although he was guilty of inciting secession, he was exempt from criminal punishment. The court imposed a lighter punishment for Jampa since he came to surrender after the case. Therefore, the Hainan Intermediate Court sentenced Jampa to imprisonment for one year and six months, suspended for two years, and deprived of public rights for one year for the crime of "inciting secession." Their phone was confiscated." The report concluded.