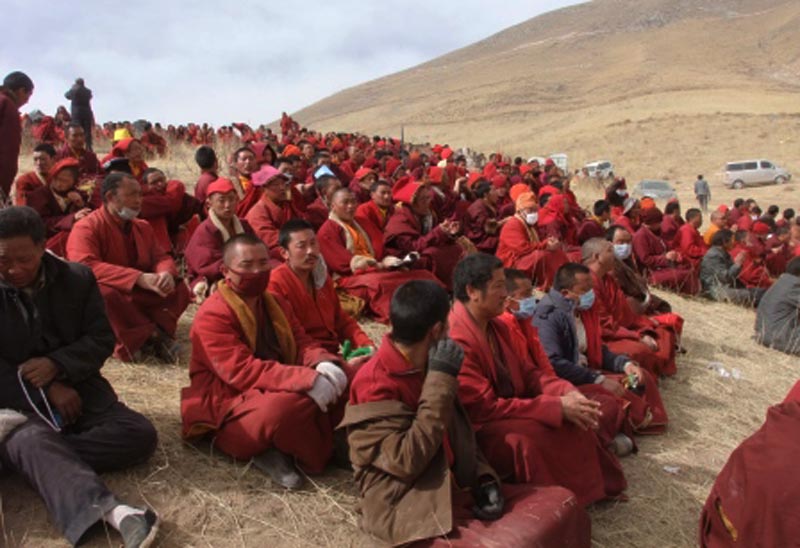 Dharamshala: Chinese estimates of the Kyigudo (Chinese: Yushu) earthquake death toll are far lower than is realistic, according to sources from the region.

Chinese state-run media agency Xinhua reports 1,339 bodies have been recovered with 332 people still missing. According to sources inside Tibet, the actual death toll is likely to be much more than this. Estimates from information collected through sources from various areas of Kyigudo County strongly suggest that over 10,000 people have died in the Earthquake.

Official figures give the population of Kyigudo County as just over 100,000, however this figure is also likely an underestimate, according to the Tibetan National Democratic Party.

In Kyigudo Monastery - just one of hundreds in the prefecture - more than 1,000 bodies were dug out of the rubble, piled up and burnt. 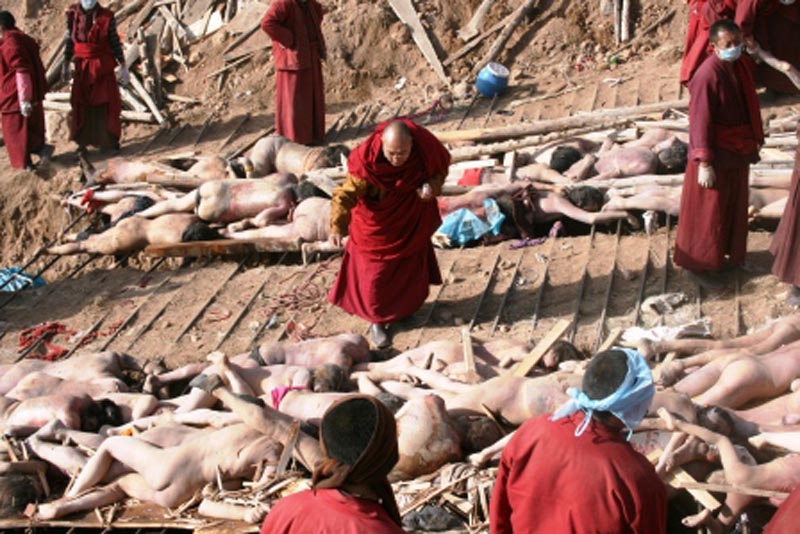 Many deaths in villages and monasteries are also not likely included in the official death toll. Utruk Tsering of the National Democratic Party told The Tibet Post International that 60 bodies were recovered from Trago monastery, and a further 20 from a small village near Yangtze River, however it is very unlikely that these deaths were counted in official figures.

China has been steadfast in its refusal of outside assistance, committing instead to an internal "all-out" response to the tragedy. President Hu Jintao and Premier Wen Jiabao announced the provision of thousands of rescue workers, good medical supplies and professionals, and tents and quilts for the survivors, the vast majority of whom have had their homes completely destroyed.

Despite this promise, relief efforts have been ill-equipped and too few, and survivors have been forced to sleep outside in freezing weather. 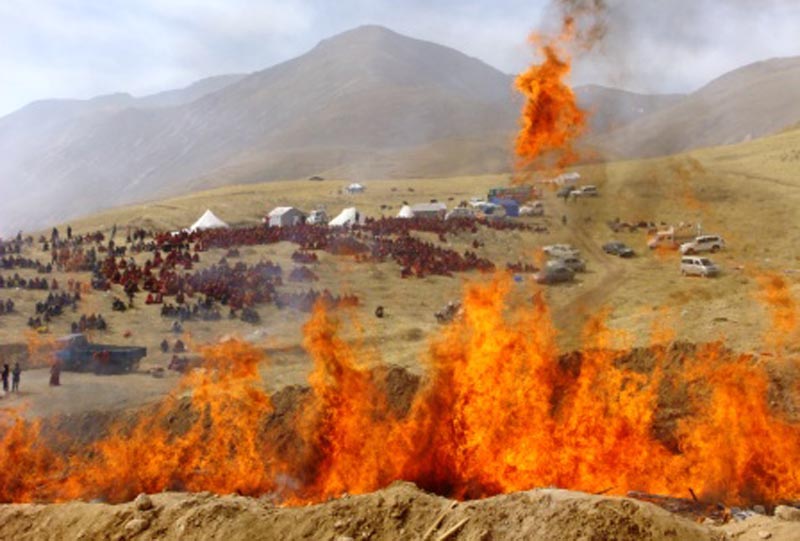 Offers of assistance from Russia, Taiwan, the UN, the US, and nearby India have all been turned down by the Chinese government, ensuring itself full coverage and management of the event.

In a speech today commending Chinese Premier Wen Jiabao's visit to the stricken region, His Holiness the Dalai Lama commented on the Chinese reaction to the May 2008 Sichuan earthquake which left over 90,000 dead, "In 2008, when a similar earthquake struck Sichuan, Chinese central and local government leaders and auxiliary authorities took great pains to provide relief, allow free access to the media, as well as clearing the way for international relief agencies to provide assistance as required. I applauded these positive moves then and appeal for such ease of access on this occasion too."

As the situation unfolds in Tibet, however, it is clear that the same humanitarian considerations are not being made.