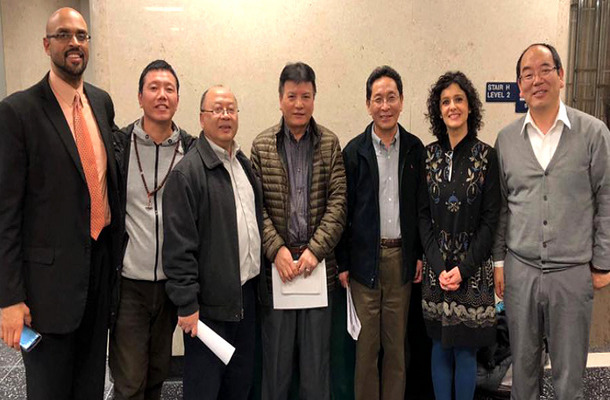 Representatives of the Wisconsin Tibetan Association and supporters at the Common Council meeting in Madison city, Wisconsin on February 27, 2018. Photo: file

Dharamshala — According to reports from the United States, Tibetan has been officially adopted as a minority language in the state of Wisconsin.

The Wisconsin Tibetan Association announced on Wednesday, February 28, "We are very happy to announce here that the Common Council has unanimously adopted Tibetan being one of the official minority language! This has been a big achievement to the community.” announced the WTA Facebook page on Wednesday.

Madison's city common council held a meeting on February 27th, with regard to the approval of compressive language access plan by the City of Madison where representatives of the Tibetan community presented cases on the “importance as well as the need to have the Tibetan language recognized due to the increase in its usage in this city."

The capital city of the State, Madison city, has a long history with the Tibetan immigrant community dating back a few decades. On Thursday (March 1), the Tibetan community commemorated the 25th anniversary of the US-Tibetan Resettlement Project. There is a sizable Tibetan community in the city of Madison which is the second-most-populous municipality in Wisconsin state.