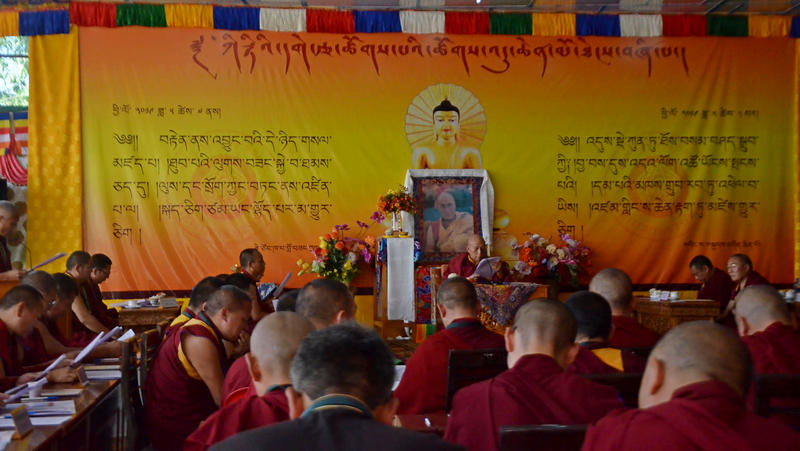 The assembly was held once every three years in order to preserve it’s traditions introduced by the successions of Kriti Rionpoche, head of the institution.

Chairman and the deputy Chairman of the Kriti Getsa Tsokpa along with other members gathered at the debating courtyard of the Kriti Monastery on Tuesday morning at 08:30 am, May 7, 2019, at Kriti Monastery in Dharamshala, India. The chief guest Prof Samdhong Rinpoche graced the opening ceremony of the meeting.

The meeting was also aims to declare committee’s expenses over the past years in the field of ritual practices, imparting facilities to the respective monastery and the contributions from both members and devotees. Prof Samdong Rinpoche talked about the significance of maintaining records of the monasteries administration and preserving committee’s objective in the contemporary political world. “being a humble person is good but moreover, revealing it was more necessary.”

Rinpoche stated that “in the past histories of Tibet, we don’t have the regulation of maintaining record of the events either official or not. But keeping the records became significant today, or else, it would effect the image of monasteries and respective community.”