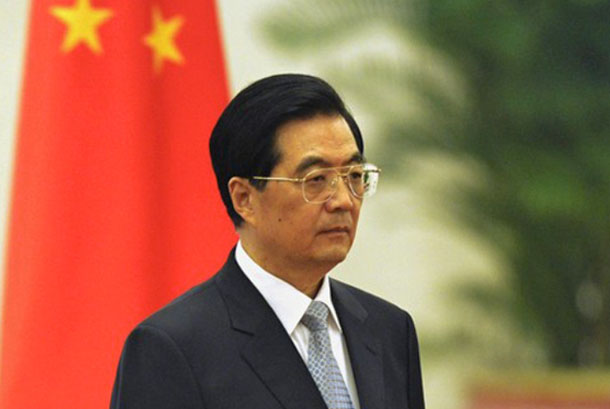 Dharamshala: - During the past 10 years, President of China, Hu Jintao, has strongly propagated a 'harmonious society' and 'a path of reform and opening up' which in turn would generate equality for everyone. There is still hope the leadership might bring a new perspective on Tibet before his decade-long presidency.

Hu has ruled out China reverting to hardline policies of Mao Zedong, saying the path of reform and opening up pioneered by moderate leader Deng Xiaoping should continue as they created "miracles".

Accoring to CCP's mouthpiece, 'People's Daily,' on Sunday', China should stick to Deng Xiaoping's path, Hu asserted that "by following the socialist theory with Chinese characteristics, we have continuously created 'miracles' in improving people's living conditions" . He said considering the success China has achieved by following Deng's line of socialism, the country should stick to this path to deal with problems like global financial crisis.

In 1979, Chinese officials approached Mr. Dhondup in Hong Kong where he'd gone to live after the rebellion fizzled out. They proposed a meeting with Chinese leader Deng: "I told them if I go, I have to get my brother's permission first. His Holiness said: 'You should respond. Go in your personal capacity. Go listen." Dhondup told the Wall Street Journal, during an interview published on February 20, 2009.

On meeting China's paramount leader Deng Xiaoping: "He told me whatever is past is past...except Tibet independence, anything can be discussed."

Dhondup's statement that later became the basis for His Holiness the Dalai Lama's ‘Middle-Way' approach, seeking a meaningful autonomy for the whole of Tibet in the past 40 years.

However, Mr. Zhu Weiqun, former executive Vice-Minister of China's Central United Front Work Department, who handled contacts with envoys of His Holiness the Dalai Lama in the past, reportedly said it was not true.

Continuing the "Middle-Way" policy, which however seeks genuine autonomy under the constitutional/legal framework of the People's Republic of China, the newly elected political head of Tibetan people, Dr Lobsang Sangay told China several times that he still remains optimistic about a new talk; face-to-face meeting with Chinese leadership as the best possible way to solve issues of Tibet.

More than five decades of life in exile, the Tibetan community has gone through a process of increasing democratisation and has made tremendous progress in education as well as culture and religion.

The Tibetan people and their non-violent freedom struggle have touched the hearts and conscience of people all over the world who cherish truth and justice.

The Tibetan people, both in and outside Tibet, continue to struggle for their freedom with a non-violent principle.

History has also convincingly proved that there is no way to gain the hearts and minds of Tibetan people under repressions, and there is no prospect for the success of any dictatorship attempt. As time goes by social progress is inevitable; this is a historical trend that no one can resist.

During his presidency, more than 40 Tibetans have self-immolated after the 2008 historic mass uprising of people in all parts of Tibet and hundreds of dissidents and rights defenders in China and Tibet, including Nobel Peace Prize winner Liu Xiaobo still jailed under name of Hu's harmonious society and Deng's "path of reform and opening up."

Today's world strongly supported the various 'Arab Spring' protest movements in the Middle East and North Africa. Where what's changing in the Arab world, nobody will not able to stop it. "Hasn't China learned their lesson after all this?