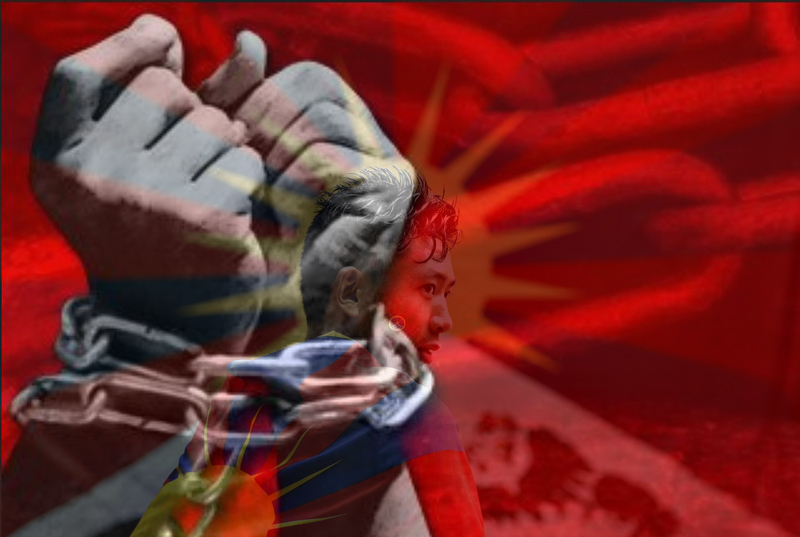 Dharamshala — As a Tibetan, we are inspired by every event of the non-violent struggle for peace and justice. The will of Tibetan people to stand up for freedom and democracy has inspired the rest of the world. This first occurred in 1949 and since then, we have seen a collective, strong voice comprised of Tibetan people and supporters across the world saying to the international community loud and clear: "We want to join the civilised world in democracy and freedom and we are committed to stand against China's regime of occupation and oppression." The courage of the Tibetan people and their non-violent struggle has inspired all peace-loving countries and peoples. Ironically, there is more yet to come.

We must remember the honorable stand of the Tibetan people within Tibet on behalf of freedom of conscience and expression, their tireless struggle for peace and justice against communist totalitarianism. Despite ongoing political repression, cultural assimilation, economic marginalisation and environmental destruction in occupied Tibet, they have managed to grow, excel, maintain a non-violent struggle, maintain high spirits, retain their cultural identity and maintain moral standards. Despite their many losses and the constant threats of repression and terrorism, most Tibetans share a deep desire to live in peace with the Chinese and the rest of the world. However, even after nearly 60 years of Chinese dominance, suppression and terrorism in Tibet, the Tibetan national spirit has not been broken. However, the issue of Tibet would not be like this if there was not strong international involvement and support.

Despite their courage and struggle to survive and thrive in a sea of hostility, their cry for moral support sometimes is sometimes ignored by the world. It is time for the world to say enough is enough to suppressing, repressing and terrorising Tibet and her people. Tibet is part of the inspiration to the new yearning for non-violent struggle, peace and justice and the world needs to give Tibet credit for that. The world must break its silence on China to end its unremitting attacks against Tibet, which is trying to survive with a regime that has had no respect for individual rights and freedoms, and where some extreme elements prefer to kill their own citizens rather than grant them liberty.

Unfortunately, some countries who think of themselves as progressive, liberal or humanitarian shamelessly call China – an unreconstructed totalitarian dictatorship – "best" or "true friend." Such people gratify themselves by believing that they are championing the underdog when they claim the country is "still developing" in order to excuse human rights violations. Having accepted the arguments of capitalist economics, they have lost the ability to recognise and celebrate true freedom fighting when it shows up, as it has done in Tibet. Instead, they justify Chinese authorities who are in fact dictators who hide the extent of their extremism, and who now have to use paramilitary force to influence compliance, obedience and maintain power. Their iron fist policy has failed.

Tibetans in exile, who want to promote freedom and democracy in their culture of origin, are extremely discouraged by the world leaders' apologists who claim that a totalitarian regime is a good cause. To them we must say: "No! We are the freedom fighters, the totalitarians are the evil aggressors". Speaking to the Western media, Chinese authorities often lie and blame the West for all their problems, and Western journalists too frequently fall into their trap.

True Western liberals must start seeing the budding aspirations of the real Chinese freedom fighters, those who stand for democracy and freedom, tolerance of minorities, peace with Tibet and its people, and normal relations with the civilised world based on mutual respect. Many of them are jailed for their alleged "crimes" in China, Eastern Turkestan, Inner Mongolia and Tibet.

Today's true freedom fighters are the Tibetans inside Tibet, as well as exiles and foreign supporters around the world who speak against the stoning of Tibetan women, the torture of Tibetan men, and the cruel and unusual punishments still going on in Tibet. We fight against cultural genocide in Tibet. We hear with horror about so many Tibetans that were slaughtered by communist terrorists in Tibet, but we are not dissuaded and continue to speak out for peace and freedom. They are the freedom fighters.

The progressive left in this world is supporting the wrong side. Instead of supporting the oppressed underdog, they support the oppressors and their communist terrorists. We must know that they understand the reality in Tibet and China. Their old causes stand in the way of progress and have become part of the problem, not the solution. Let the world support the true freedom fighters of the snow land, Tibet!

Every year since 2009 many Tibetans sit on the ground or stand in front of government offices, drink and douse themselves with kerosene or petrol, and set themselves ablaze. Most of them are immediately engulfed in flames and soon burn to death, shocking the world.

The latest self-immolation was Ney Kyab, known as Dhamkar, a 45-year-old father of seven who died last month. He was the the 139th Tibetan to resort to self immolation as a form of protest against the Chinese government since 2009. They are protesting the continued oppression of the Tibetan people and the suppression of their religion by the communist government in Beijing. Unfortunately, and due in part to periodic news blackouts enforced by the PRC, their sacrifice has not galvanised world opinion. In fact, it has hardly been noticed. But these demonstrations of self-sacrifice will continue to shock the global conscience with the hope that some day their people will be set free.

The Tibetan self-immolators have strongly called for the return of His Holiness the Dalai Lama and freedom for the Tibetan people. Most parts of Tibet have suffered severe crackdowns and been under heightened restrictions and controls. The Chinese government has blamed outside forces for the self-immolations, particularly His Holiness the Dalai Lama and the Central Tibetan Administration – regarded by China as subversive. However, Tibetans have denied such accusations, saying that the main cause of self-immolation is "Beijing's hard-line policies, including political repression, economic marginalisation, environmental destruction, cultural assimilation and denial of religious freedom."

The over half-century struggle for Tibetan freedom is continuing whether the whole world is watching or not. As the communist government in Beijing struggles with issues of reform and modernisation, it has retained and even intensified its hard-line policies against the Tibetan people. Given China's growing importance as an economic power and a general sense of fatigue in the rest of the word for meaningful action in the defense of human rights, the people of Tibet remain convinced in their quest for political freedom and religious liberty.