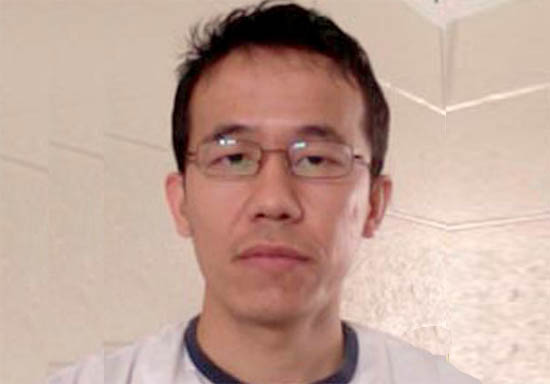 Wyoming, USA: On the 6th of January 2011 I went to the Yak restaurant in New York City for a night out with my two friends. I joined them at the table, two hours late. The table was laid with menus, beer, water, long island iced tea, chicken, lollipops, plates, forks, and napkins; and on its three sides, my two friends and I were discussing everything Tibet, Tibetan, and political.

At the time when I joined the table, my two friends were deeply engrossed in a video, in which one of them shared his understanding of the Tibetan spirit. We agreed that the Tibetan spirit is stronger and harder than that of the Jews, but I will not elaborate on that now. Here is the link to the Youtube video, entitled "Tibetan Spirit Will Never Die", if you are interested: http://www.youtube.com/watch?v=JiNG8UrZWJI.

We talked about love, women, and then irresistibly the Kalon Tripa election. While talking, I sensed that the lady sitting next to our table was keenly interested, and was straining her ears to hear our conversation. She was slim, attractive and well dressed, with untangled hair and few wrinkles, and purely Tibetan. After finishing her dinner, she politely asked us if she could throw in a question. Without hesitation, we welcomed her to join our table and fire her question at us.

Her question was something any Tibetan interested in the Kalon Tripa election would ask. She asked for our views on who would be the best candidate to vote for as the next Kalon Tripa. Though it may seem like an easy question, I was dumb-struck. Her question was more weighty than the Empire State building, and more complicated than finding a nice woman. My friend immediately jumped in to inform her that as we were all writers for the general Tibetan public, we were not in a position to answer her question, because our responsibility "as writers" was to remain neutral. I was sure that this answer was a little disappointing for her.

Nonetheless, I discussed with her the importance for any Tibetan of analyzing the candidates based on facts before going to vote on Election Day. Throughout our conversation, it was clear that the lady had done her homework on the Kalon Tripa candidates, though she was confused with the entire debate and campaigning process. I believe this could be true of many lay-Tibetans, especially those lacking the skill to analyze and interpret election information.

My friend then asked her, "who did you vote for during the preliminary election?" to which she replied "Tenzin Namgyal Tethong". My friend then asked again, "did you vote for him after carrying out some research?" She said she had listened to people's opinions and read about the Kalon Tripa candidates. She had her own reason to vote for TNT. My friend then asked, "are you confused about your choice for the Election Day?" She responded with a nod of the head. I felt she was indeed an intelligent woman who believed in getting to know the candidates well through different means. One such mean she had found was us; a group of three friends in a restaurant.

Though not very helpful, I am sure the discussion itself made her think deeply and more widely. I realised she was a person who was willing to change her preliminary choice of TNT if another candidate provided her with a better option before Election Day. I believe we need more people like her in our society. Though not well-educated, she showed herself to be a believer in listening, debating, discussing, analyzing, and most importantly, not sticking with one Kalon Tripa candidate. I am sure she will continue to listen to many more discussions in the days to come. Good luck to her.

Since she had seemed so interested in knowing about the three Kalon Tripa candidates, I shared with her two weaknesses of each of them. Lobsang Sangay la is definitely inexperienced in public administration and quite young in the field of Tibetan politics. Tenzin Namgyal Tethong la lacks the skill to connect to common people and his experience of CTA leaves a gap, then and now. Tashi Wangi la - if he could do it, he should have done it by now in the CTA, and so change may be hard to come by with him. I hope these few things helped the lady in her analysis on the Kalon Tripa candidates, as I hope they will likewise be able to help you too.

Just like in Bollyhood movies, this story too has a happy ending. The lady paid for our dinner, despite our requests for her not to. Thank you, kind stranger- I don't know how much you learned from us but we certainly learned a lot from you. It was great to have a conversation with this lady from Lhasa, whose name I may never know. The entire experience was like meeting a stranger in heaven.