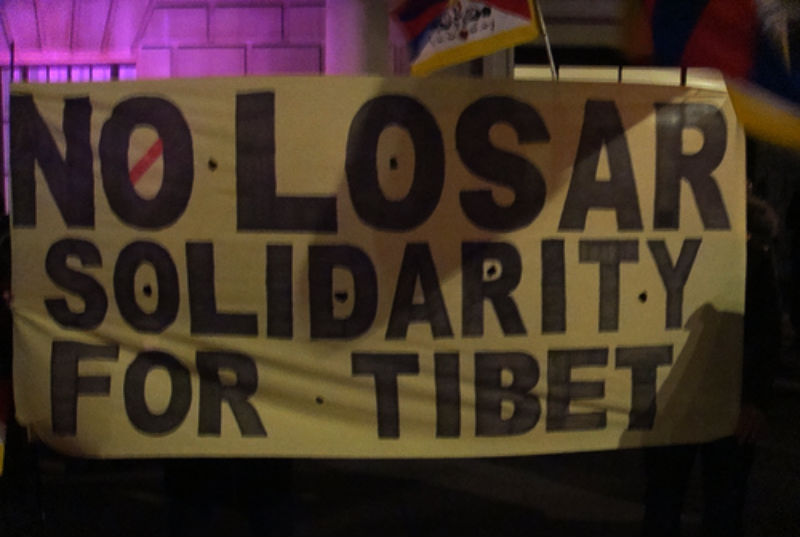 Wyoming, US: - Prior to the Kalon Tripa's January 26, 2012 statement requesting Tibetans not to celebrate Losar (Tibetan New Year) which falls on February 22 this year, there were some debates on how, what, and why of Losar celebration. The request to not celebrate Losar first came from the Tibetan Youth Congress, Dharamsala, India on November 14, 2011.

Following Kalon Tripa's above statement, Speaker Penpa Tsering la supported the official position of Kashag (Tibetan cabinet) by convening a press conference on Jan 29, 2012 to announce fasting on the first day of Losar by members of the Tibetan parliament in exile. Though Kalon Tripa urged to observe basic customary rituals on Losar, it now seems the 2012 Losar celebration is officially discouraged.

The decision to not celebrate Losar by the Tibetan government and non-government organization was primarily to show solidarity towards the sufferings endured by Tibetans in Tibet. The idea of solidarity is nothing new for Tibetans. It is an age-old practice where every Tibetan family mourns the loss of its member (or high lamas) in solidarity of the deceased for at least seven weeks.

During these seven weeks, these family members shun any form of overt celebration such as singing, rhyming, dancing, wearing new clothes and jewelries, and refraining from other celebrations such as Losar, friend's wedding, community gatherings, etc. This solidarity can be seen not merely as a practice but also in spirit. As time changes, the very heart and spirit of solidarity seems changing too.

Before discussing the changing heart and spirit of Tibetan solidarity, lets take a quick look at how the word "solidarity" is defined in the present globalized world. According to the Dictionary.com, it is defined as a unity of interests, sympathies, etc., as among members of the same class. However, according to Collins Dictionary of Sociology, it seems the basis of solidarity varies between societies.

In simple societies, it may be mainly based around kinship and shared values. In more complex societies, there are various theories as to what contributes to a sense of social solidarity. The later definition makes you wonder whether the Tibetan definition of solidarity is changing or changed with a gradual shift in the Tibetan society from simple to complex?

The answer to the above question may be "Yes" as well as "No". It is indeed true that Tibetans now do not live in a small neighborhood or town as they did few decades ago. Tibetans, especially in diaspora, are now frequently migrating to mega cities where the life and work is more complex. For instance, the thought of even attending a Tibetan social gathering may have to align with job, family, and school schedules.

Many Tibetans now live in a globalized complex society. In this scenario, the Tibetan solidarity may have changed with the changing complexity of its society. However, it may not be as simple and conclusive as it seems to be. Lets take a look from an opposite angle at this new and complex Tibetan society by taking Tibetan immigrant in the US as a case in point.

With the official statement of Kalon Tripa, there seems to be unanimous consent among the general Tibetans to not celebrate upcoming Losar and to show solidarity towards the sufferings of Tibetans in Tibet. However, the solidarity in this case is defined in a narrow and limited sense. To make it clear, the solidarity is confined only to Losar celebration. It is deemed okay to celebrate X-mas, New Year, and other social gatherings including dance parties and concerts.

At the end, it may not be wrong to conclude, "Tibetan solidarity is very much alive in practice but lost in spirit".