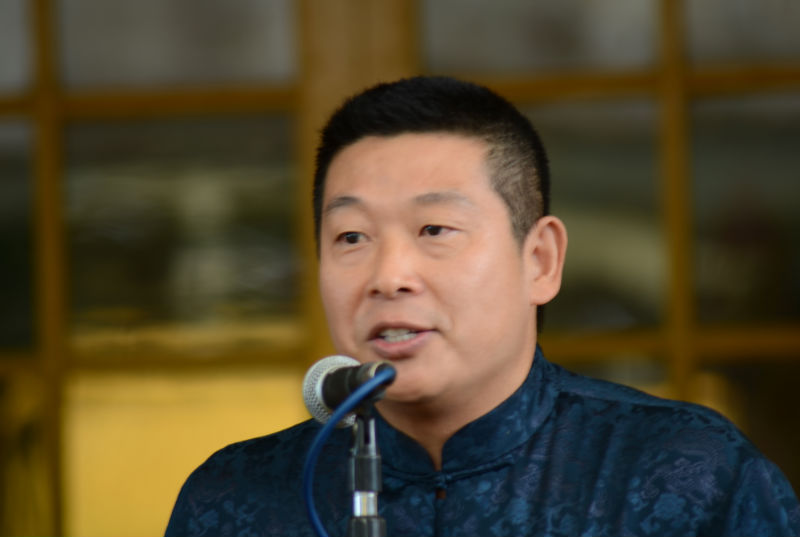 Washington: - A speech made by Dr Yang Jianli, President, Initiatives for China, at the Tibetan Rally in front of the Chinese Embassy in Washington, 8 February 2012.

Last Friday, three Tibetans set themselves ablaze within a single day in eastern Tibet. This comes shortly after four Tibetans immolated themselves and others were killed in peaceful demonstrations in Tibet during the month of January. In less than 3 years, more than 20 Tibetans have self-immolated in protest against Chinese rule. This rule has led to the killing of a million Tibetans, the toppling of thousands of temples, and the more than five-decade-long exile of the Dalai Lama. Each time tensions escalate, instead of showing concern and trying to address root causes, Chinese authorities respond with increasing force and oppression.

I have fallen into deep pain and sorrow. This is more than any heart can and should take. The sufferings of the Tibetans at the hands of the Chinese regime are unparalleled in the history of mankind, but so is their brave and peaceful resistance. The question of Tibet is not only a political issue but also a moral one. All of humanity is challenged. Every world leader must take this moral test, and just like any other test, one either passes or fails. To our great dismay, many world leaders have so far either refused to take the test or have failed it. Too many of them looked the other way while our dear Tibetan brothers and sisters were crying in flames. Today, we are standing here carrying this burning message from Tibet: give me liberty or give me death, we want freedom and we want our spiritual leader His Holiness the Dalai Lama to return home.

Mr. President Obama, next week, you will meet China's vice president Xi Jinping who, since last July, has been fully in charge of Tibetan affairs and who should therefore be held responsible for the recent crackdowns. Please summon the moral courage needed to confront him in your upcoming meeting in the White House with this simple and specific question: Why have so many Tibetans set themselves ablaze? Please press China, using every power in your capacity as the president of this greatest and most powerful democracy, to allow an independent international investigation on the self-immolation cases. This is the very least you should do in order to pass the moral test which I think you must take and cannot afford to fail.

Dear friends, we should work together to urge the United Nations state members to remove China, the world's leading human rights violator, from special positions of power in the United Nations human rights system. China's membership in the UN Human Rights Council will expire at the end of this year and it should not be re-elected.

I often find that we live in a land of shadows. Stark shadows cast by what is worst in us on what is best. With burning flames from Tibet, we should see the shadows for what they are and say that it is time to begin living in the light.

As a Chinese, I am proud that I have fought side by side with Tibetans for more two decades, yet this still cannot wash away all my shame. I am ashamed of what the Chinese regime, Chinese officials, and Chinese soldiers have done to my dear Tibetan brothers and sisters.

Dear brothers and sisters, your pain is my pain and your freedom is my freedom. We, your Chinese brothers and sisters, will continue to join hands with you in your cause of freedom; our numbers in China are growing. As believers in the true principles of human rights, we will resolve to respect you as a people with every right to determine its own future. As believers in the principles brotherhood, we will resolve to continue to struggle side by side with you for your freedom and ours.