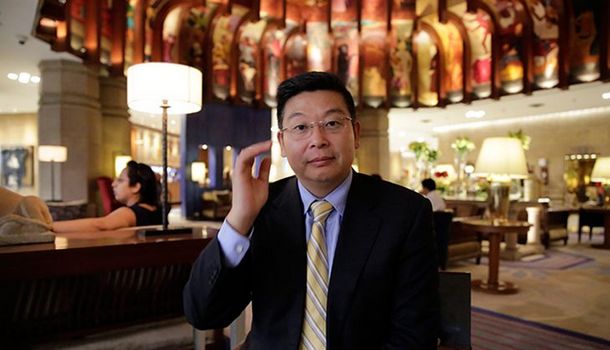 Recently, a poster for Mercedes-Benz by the same-named German auto maker sparked a "public opinion" protest in China. Caving to pressure, on February 6, 2018, Daimler AG (of which Mercedes-Benz is a division) issued a public apology.

Although China's foreign ministry spokesperson did not explicitly state that the apology was made at the behest of Chinese authorities, nevertheless, he still declared in a victor's tone: "Recognizing one's mistakes and correcting them is the most basic principle of conduct."

Indeed, there is no need to speculate whether the Chinese government exerted direct pressure on Daimler AG. Under Beijing's increasingly strict control, no large-scale online media story can develop in China without official permission. The so-called "pressure of public opinion" is, in fact, pressure applied by the Chinese government.

I think the most surprising aspects of this incident can be summarized in two points:

Firstly, no matter how you look at Mercedes-Benz's poster, the content itself, "Look at situations from all angles, and you will become more open", is neither untrue nor politically sensitive. Moreover, the poster was released on the company's Instagram account. As a global social media platform, Instagram is blocked in mainland China. In other words, even if this ad, which was released by a foreign company and neither infringed on China's "online sovereignty" nor was aimed at the proliferation of Chinese netizens, contained the additional phrase "Start your new week with the fresh life perspective of the Dalai Lama", considering the high prestige of His Holiness the Dalai Lama throughout the world-he is not only a recipient of the Nobel Peace Prize, but even after fleeing Tibet, still remained a vice chairman of China's National People's Congress-could only be seen as a way to increase the advertisement's impact through celebrity influence. Yet the poster was brutally condemned by the Chinese "media", including the People's Daily, which is published by the Central Committee of the Communist Party of China.

Secondly, after the emergence of this "public opinion incident", Mercedes-Benz quickly retracted its advertisement and apologized without reservation, lamenting that the message "hurt the feelings of the Chinese people", was "extremely incorrect" and that they are "very sorry". Apparently, faced with pressure from China, Mercedes-Benz, despite being one of the most famous companies in the world, does not intend to engage in any form of struggle, but rather has decided to "repent" and "atone for its sins". Furthermore, seemingly for fear that its repentant attitude wasn't sincere enough, Mercedes-Benz chose to apologize for its Instagram post via China's domestic Weibo platform.

In this incident, the arrogance of the Chinese government and the weakness of Daimler AG alert us to a great danger, namely: As long as Western companies have economic interests in China, they will be forced to accept the political censorship of the Chinese authorities. If Apple Inc. can grudgingly use "in order to comply with Chinese law" as a pretext for removing a series of apps from iPhones sold in China, then in accordance with which law did Mercedes-Benz act? The company was simply worried that it would be retaliated against by the Chinese government. All principles, values and morals unreservedly bow to the economic interests of China.

This is the common dilemma faced by every Western company that deals with China. Once a relationship with the Chinese economy has been established, by necessity, these companies become increasingly restrained by the Chinese government, and are subjected to all sorts of baseless censorship, until they finally adopt a practice of extreme self-censorship. The Chinese government regards the economic interests of others as a bargaining chip, forcing foreign companies with interests in China to yield to political pressure and even act as lobbyists for the Chinese government, impacting the laws and policies of Western countries. For Western companies that want to maintain a basic level of dignity, their only choice is to follow Google's example and exit the Chinese market.

Of course, the Chinese government is keen on to see such a relationship. On a global scale, this is a completely lopsided contest. No Western country would exert pressure or threats against a Chinese company due to some controversial advertisement. In such a relationship, any and all economic exchanges between China and the outside world can become a political bargaining chip for the Chinese government, while eroding and encroaching on Western values.

If the Chinese government is allowed to exploit economic incentives to censor Western firms and individuals one by one, what will the final outcome be? Can we count on these companies to uphold fundamental principles and bravely face these unjust threats from the Chinese government? In such a relationship, China's so-called "opening up to the outside world", "free trade" and "expanded economic cooperation" perhaps are nothing more than poisonous bait used to lure Western companies.

It is unrealistic to count on Western companies, whose main objective is to make a profit, to uphold these moral principles. Even many Western governments have habitually compromised to the Chinese government for some meager economic benefit. As China wields its economic strength to adopt increasingly aggressive political posturing, how should the West respond? Perhaps this will require Western society to work together to seek new international relations approaches and countermeasures.

Dr Yang Jianli is the founder and president of Initiatives for China, an organization seeking to promote democracy in China, headquartered in Boston.