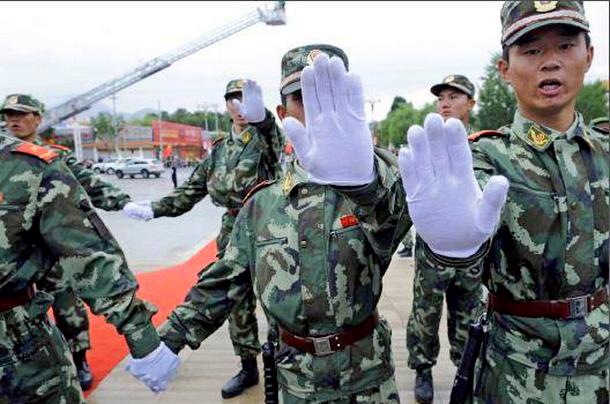 Dharamshala, India —'It is true that occupied Tibet has seen an increased network of roads and highways, railways and airways, connecting it to China,' a top official of the Tibetan government in-Exile said, responding to state-run Chinese media reports. But the situation under circumstances which raised strong suspicion that "who benefited from this and what it cost Tibet and the Tibetans?”

Tsewang Gyalpo Arya, the Secretary of the Department of Information and International Relations (DIIR) of the Central Tibetan Administration (CTA) who was responding to the reports said if these claims were to be taken at face value, it raises many questions and contradictions.

“It is true that Tibet has seen an increased network of roads and highways, railways and airways, connecting it to the mainland. But who benefited from this and what it cost Tibet and the Tibetans?” the Information Secretary asked, according to the CTA official media.

Among others, the reports claimed that the Tibet Autonomous Region has “opened five aviation airports, with 96 domestic and international routes connecting Tibet and 48 major cities nationwide by the end of June this year”.

In his comments, Secretary Arya said, “Roads and transportation systems have developed, but are the Tibetans allowed to travel? Since 2008, Tibetans have not been allowed to travel abroad freely. Their travels within the region have also been restricted. Now, with the implementation of grid management in all Tibetan areas, Tibetans can’t travel freely. So, what are these roads, railways, and airports for?”

The report says the CTA has repeatedly expressed concerns that the massive investment in infrastructure across Tibet is not aimed at improving the socio-economic lives of the Tibetan population, but is geared towards reinforcing China’s stranglehold on Tibet.

'The roads and railway lines across the plateau are there to provide the arteries and veins for China’s economy and the Infrastructure projects to enable access to Tibet’s natural resources, boost the tourism industry and mass influx of Chinese settlers,' the official added.

Tibetan population are far from being the beneficiaries of the so-called “progress”. Since 2009, 154 Tibetans have self-immolated in Tibet under Chinese rule and many more languish in Chinese prisons for peaceful expressions of dissent against China’s unjust policies.

“The nearly 160 self-immolations testify that so-called development is not happening on the ground and in fact, it remains another catalyst for the growing tools for suppression and oppression of the Tibetan people,” said Dr Rinzin Dorjee, a researcher at the Tibet Policy Institute, an official think tank of the CTA.