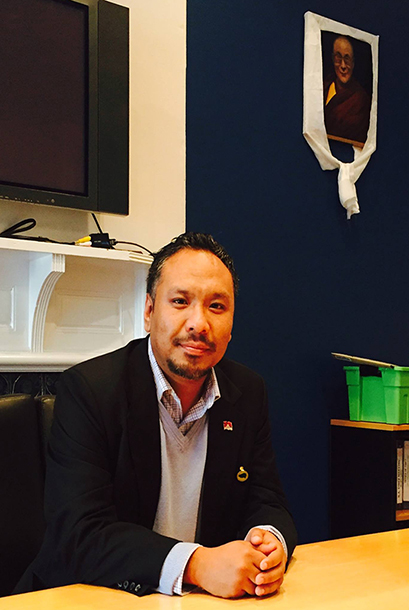 TYC is the biggest Tibetan non-governmental organisation in exile, with 35,000 members and 85 chapters around the world. It is the most active political organisation in exile and it aims at an independent Tibet, a different approach than that of His Holiness the Dalai Lama and the Central Tibetan Administration.

"We, the Tibetans in exile, are trying to keep the flame for freedom burning inside Tibet. We don't want that flame to die," Tenzing Jigme tells TPI.

The Chinese Government sees TYC as a major threat and has published official White Papers labeling it a terrorist organisation.

"They have also tried to infiltrate our organisation and have done their best to divide us. Our internal problems benefit the Chinese government and no one else," Jigme shares with TPI.

In 2013, TYC had issues with 8 other chapters of their organisation. These chapters decided to disengage themselves from the organisation's headquarters, due an ideological clash. They argued that the TYC should change its political stand and should fight for the Middle Way approach – a non-partisan and moderate position that safeguards the vital interests of both the Chinese and Tibetans – instead of seeking complete independence.

The Middle Way approach would insure the protection and preservation of Tibetan culture, religion and national identity and would simultaneously offer the Chinese the security and territorial integrity of the motherland.

Jigme explained that he respects these arguments but that in order to make such a great change in a relatively vast organisation, a whole process needs to be followed, such as voting procedures.

He further emphasised that issues cannot be resolved with such drastic actions. Nevertheless, TYC has been striving to get these chapters back since the disagreements commenced. They have offered them a platform for discussion and explained that what will follow, at the end of the day, will be the majority rule. So far, only 2 of the 8 chapters have returned.

Jingme and other members of TYC visited the different chapters in question in order to work out solutions. He told TPI that each chapter had different and specific disputes that they wanted resolved. Jingme compared these with diseases, some being easy to treat, with only an injection and others slowly, with Tibetan medicine.

He stressed that the organisation needs to be united so it can work on its aims rather than being distracted with internal issues.