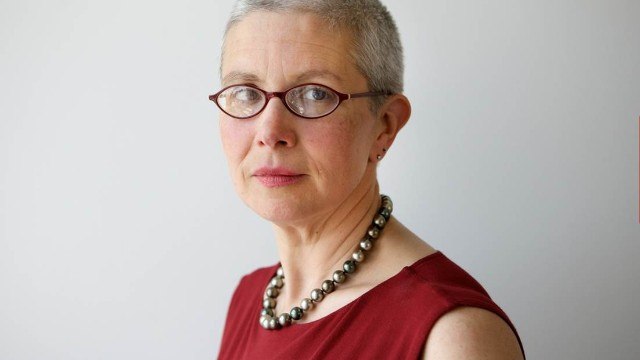 London, UK — The way that Human Rights Watch researches Tibet has become more like its work on North Korea as Beijing has successfully moved to reduce the flow of information leaving the Himalayan country, said Sophie Richardson, the China Director for Human Rights Watch (HRW).

Richardson's remarks came during an interview with the Free Tibet (FT), a non-profit, non-governmental organisation, founded in 1987 and based in London, England.

Describing both the challenges and urgency of researching Tibet and the ongoing human rights abuses its people suffer under Chinese rule, Richardson called learning about what’s happening in Tibet like “fitting puzzle pieces together,” adding that the situation there is deteriorating as China tightens its hold on the country.

“The way we work on Tibet is now a little bit more like the way we work on North Korea in the sense that we can’t sit down at the beginning of the year and write a planning memo and say well ‘these are the three or four issues we can address’. Rather we have to wait and… see what we can piece together,” Richardson said.

China has stemmed the flow of Tibetan exiles escaping across Tibet’s border in recent years, clamped down on Tibetan language social media and made it more difficult for foreigners to contact people living inside the country.

In 2017 the Tibetan Reception Centre for New Arrivals in Dharamshala, northern India which welcomes and documents Tibetan refugees recorded around sixty people who had escaped the country and registered there. It marked a 40% drop in refugees from the year before, according to the Tibetan Journal cited by the FT.

“There used to be a small but reasonably predictable stream of people who would make it out of the country, and you could interview them about relatively recent development across the plateau,” the HRW China director said.

“It’s a very different ball game now because so few people come out and those who do are… somewhat less inclined to talk, especially if they’ve still got family members inside the country,” she added.

Beijing has reduced the information flow partly by tightening security and surveillance in Tibet, putting pressure on neighbors like Nepal not to accept refugees, and making it clear to those who escape or speak to foreigners from inside the country, that members of their family may suffer consequences.

“ [They’re] Making the stakes higher for people inside to talk… There can be consequences for family members. I think those are often very powerful deterrents for people. They would be for anyone,” Richardson said.

Despite the challenges, Richardson sees both Tibet and Xinjiang as“urgent” research needs because of the “particular hostility” reserved for Tibetans and Uyghurs by the central and regional authorities of China, adding that HRW spends a lot of time on these areas.

Human Rights Watch produces a series of reports on Tibet every year. The latest, from May, highlighted cases of Tibetan political prisoners who China have put behind bars.

HRW use a range of sources to compile information including exiles who are able to escape combined with leaked government documents, and even Chinese state propaganda which Richardson called a “remarkable repository of human rights violations... often presented as public policy triumphs.”

Heavy Chinese restrictions, including on basic communications are what concern Richardson most about the situation in Tibet.

“I think states don’t do that unless they’ve got something to hide,” she said. “The authorities are trying very hard to, not just cut people off from information sources, but really to discourage certain kinds of research or inquiry.”

Peter Irwin, a program manager and spokesperson for the World Uyghur Congress told Free Tibet he believes there needs to be a fundamental change in the government of China before the communications open up and the human rights conditions in both Xinjiang and Tibet improve.

“People seem to like to talk about how the government’s going to fall. But I think there are too many people who are benefiting too much in that country to have that happen,” he said, adding that one of the most important tasks is to get more information about the situation in those places.

Richardson said that human rights for Tibetans and Uighurs have deteriorated and the decline in both cases is “symptomatic of the same problem.”

“[Human Rights in places like Tibet and Xinjiang] have deteriorated during a period in which the Chinese government has become more affluent, integrated into the world, voluntarily signed multiple human rights treaties,” Richardson said.

“ The trends aren’t just negative inside those regions... they’re indicative of the threat that China now poses globally as a threat to, not just the human rights of people inside China, but to the norms and the institutions that are meant to protect those... Does that have beneficial side effects for other authoritarian regimes? Hell yeah.”