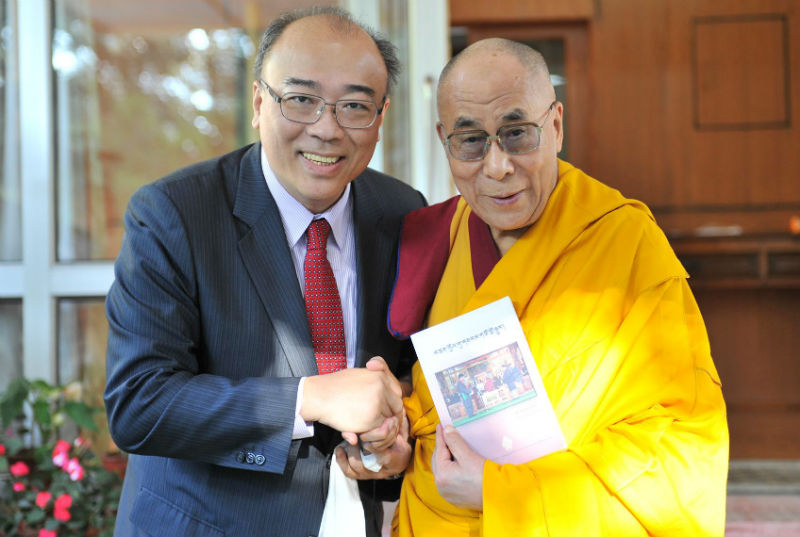 Dharamshala: - In an exclusive interview, Kalsang Dolma, report for The Tibet Post International (TPI) discussed with Prof Su Jia Hong from Taiwan his role on Tibet.

Q-What are your Tibet research interests?:
A-To be frank, participating in this area derives from a very mundane wish. As a professor in Taiwan, to fulfill a decent professional title, promotion would be an inevitable requirement. From the beginning, I have been positioned as a researcher on relations across the Taiwan Straits in the scholarly community, that is, the relations between Taiwan and Mainland China. When facing promotion, I had to decide on a research topic. I chose the democratization of the Tibetan Government in Exile inspired by Dalai Lama, Tibetan relations, Sino-Tibetan conversation, and Tibetans in Taiwan. Thus, my motivation in this field was a secular, humble matter of livelihood.

Q- Have you written books about democracy of Tibet in exile?
A- I have finished two, so far, both of which have been translated into Tibetan–Democracy in Exile and Democracy Transformation in Exile. They are both still under revision. I am also working on my third book, Reincarnation in Exile, which concerns both Beijing and Tibetan Buddhism. I have devoted a lot of effort and resources into this area. Still, I believe it is worthwhile. Since plunging into the research, I have gained much more insight.

First, having decent results form my research about Tibetans in exile and Tibetan Buddhism makes me more confident and determined of my academic position. secondly, I have become more capable of discerning right and wrong among the political arena and rules of political interaction, especially in the antagonism of parties in Taiwan. I don't think that Taiwanese should project their stands on re-unification or independence onto the historical trauma of Tibet. I am able to have broader perspective on certain events, and a clearer mind. Compared to what the Dalai Lama does for Tibetans in exile, my work is hardly significant.

Q- What is your view on the Tibet issue?
A-Tibet issues are varied, but there are two things that need to be clarified. Taiwanese or ethnic Chinese on both sides tend to jumble together cross-straits relations with that of the Sino-Tibetans. Beijing even extensively bundles Eastern Turkestan, Tibet, and Taiwan issues together, which I consider wrong. Each needs to be inspected respectively.

For the time being, Taiwan and China don't admit each other's sovereignty nor deny their own governing authority. This is also the political route of the ruling party and Ma Ying-Jeou, which is much different from Middle Way approach advocated by Dalai Lama. Middle Way approach complies with the framework of Constitution of China and seeks complete autonomy. Therefore, while what cross-strait relation seeks for is one China, this is not the case for Sino-Tibetans. 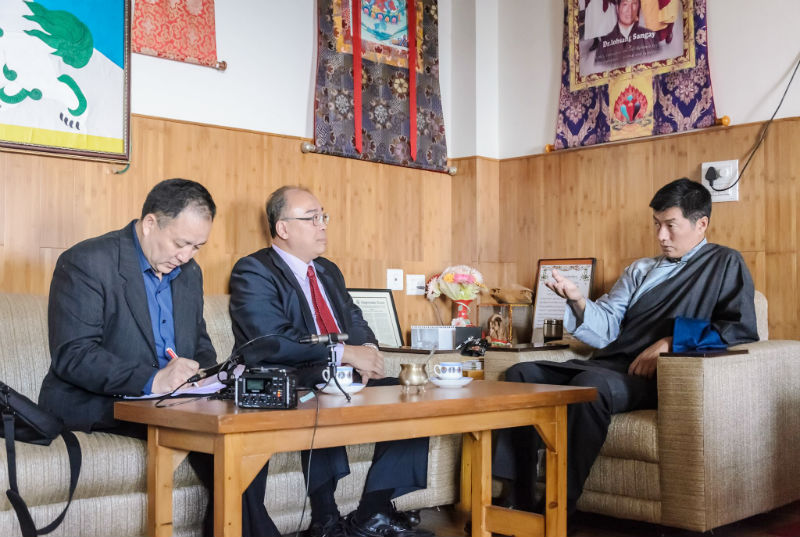 His Holiness the Dalai Lama's Middle Way approach tries to solve different problem sunder the framework of Constitution of China within complete autonomy. Within the liberal democratic society of Taiwan, proposition of an independent Taiwan is reasonable; but imposing such ideology upon Tibetans in exile in India and questioning why Middle Way approach advocated by Dalai Lama and Tibetan administration doesn't demand independence would embarrass each other and be an unnecessary fetter. Taiwanese should respect Tibetans in terms of their realistic political concerns for routes toward democracy, rather than asking them to follow their own ideology.

Conversation between Beijing and Dalai Lama has run into a deadlock. In fact, the challenge lies in the inability of leaders in Beijing's Regime to propose a feasible policy to properly cope with the Tibetans' and Dalai Lama's issues. Since the inauguration of Xi Jinping, people's expectations for him are high. But I don't think Hu Jintao doesn't want to resolve Tibet issues; rather, internal issues might have restricted him. Frustrated, he has postponed Tibet issues. So the problems are from the inside.

There are as many protests in the Han society as in Tibet, including social problems derived from forced eviction or urban management which has led to continual protests. It's a problem of excessive public power. But as the same thing happens inside Tibet, it becomes an issue of Tibetans against the government, an issue of ethnic groups. Local officials blame everything on Dalai Lama when facing problems despite the ignorance of their own faults. Such difficulty totally comes from Mainland China itself.

Q-Do you have any Message for TPI readers across the world, including Taiwanese and Tibetans?
A-I have a principle when working on Tibetan studies. I hold His Holiness Dalai Lama in reverence, even though I'm not a Tibetan Buddhist. My family is of general Taiwanese folk religion. In terms of religion, especially when it has become a social act, I would like to call on some Taiwanese to stop slandering the Dalai Lama, Tibetan Buddhism, or any religion. Taiwan will not benefit from that. Rather reflect on your own behavior.

For readers in Mainland China, slandering Dalai Lama will not resolve Sino-Tibetan issues on a political basis, either. Please excuse me for being blunt. Mainland China has been using Cultural Revolution-like language to slander Dalai Lama for decades, but the Dalai Lama has never been overwhelmed by such slander. Given such futility, wouldn't it be better to stop these attacks on the Dalai Lama? To take another practical direction would be a more feasible way to solve Tibet issues.

For readers in Tibet, I give you blessings in abundance. A Han, because of this research, I have more understanding for other ethnic groups, and I feel very honored. When facing peers in my academic field, finally I have a sense of pride: knowing more about Tibetans. I'd also like to appreciate so much help from many of my Tibetan friends when writing and doing research. To have these friends is the accomplishment of a lifetime.
Edited by Tammy Winand, TPI News.