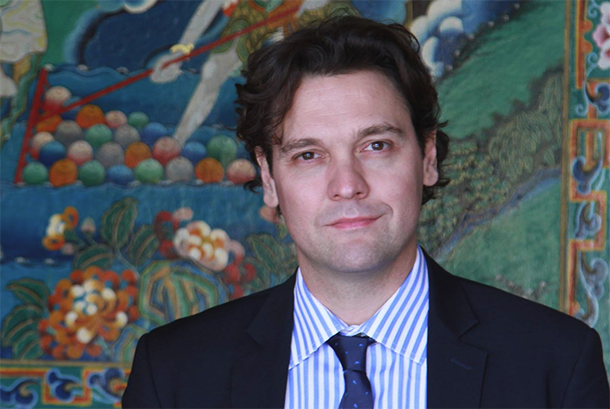 Washington DC — Chinese government's ambitious economic policies in Tibet, consultation on the expansion of tourism fails to engage Tibetans, who are actively excluded from opportunities in the tourism industry, said the Washington-based Tibet advocacy group.

The Chinese authorities have announced a dramatic development of its tourism industry in Tibet as they showcase the city of Lhasa to an invited group of international journalists and businesses this week at a Tourism Expo.

As part of its "Third China Tibet Tourism and Culture Expo" in Lhasa (September 10 - 16), the Chinese authorities have announced a dramatic increase in international brand hotels in Lhasa to boost the industry further.

"Consistent with the top-down imposition of elaborate and ambitious economic policies in Tibet, consultation on the expansion of tourism fails to engage Tibetans, who are actively excluded from opportunities in the industry," the International Campaign for Tibet (ICT) said in a statment.

Tibetans are increasingly marginalised by the use of Chinese as the language of tourism in Tibet, providing employment for large numbers of Chinese immigrants in a labour-intensive industry.

Matteo Mecacci, President of the ICT said: "It is only when Tibetans are fully involved in tourism that the potential to generate economic benefits, improve local living standards, and protect the environment of the plateau can be realised. Tibetans should be the primary beneficiaries of the tourism boom, the main employees of tourism enterprises, and, above all, the guides who explain Tibet's culture and values to visitors, but they are being excluded from the industry."

In a reflection of this exclusion, in China's new national Tourism Law, which came into force on October 1, 2013, there is almost no mention of host communities, designated in the Tourism Law not as people but as places. Article 41 states tour guides must "respect the customs and religious beliefs" not of local Tibetans, but "of the tourists".

While the Chinese authorities are marketing Tibet as a tourist destination based on the spiritual attractions of its Buddhist culture and landscape, Beijing has tightened its control over Tibetan religious expression and practice. In eastern Tibet, three nuns have recently committed suicide in their distress at demolitions of their homes at the globally renowned Buddhist institute of Larung Gar in Sichuan.

Journalists were also taken to see the multi-million dollar spectacle about Chinese princess Wencheng in a fake Potala Palace in Lhasa. The drama is a state-scripted narrative in which the Chinese, embodied by Princess Wencheng of the 7th century, 'civilise' the Tibetans and bring harmony to Tibet.

The initiatives are part of China's ambitious plans to bring large numbers of Chinese and international tourists to state-owned scenic sites and cultural icons of Tibet to receive a story scripted and delivered by the state and its state trained guides.

Matteo Mecacci concluded: "Politically, the Tourism Expo in Lhasa aims to simultaneously increase high-end tourism and assert China's propaganda message of its ownership of Tibet. This 'commodification' of Tibetan culture – including a 're-imagining' of the deeply symbolic former home of the Dalai Lama, the Potala Palace, by InterContinental in their lobby - coincides with a trend towards increasing repression of Tibetan cultural identity, which is danderous and can lead to more instability in Tibet."