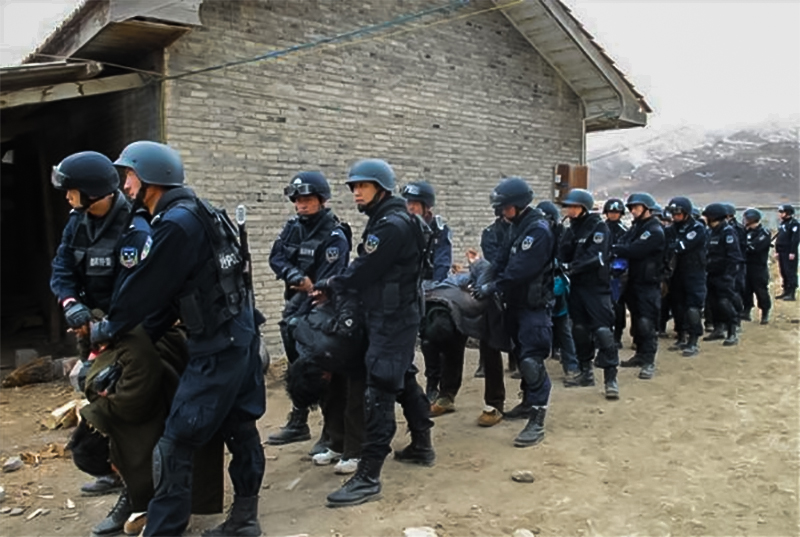 Dharamshala: - Does economic prosperity reduce the importance of democracy and Human Rights? China is leaving the world behind in terms of economic progress. This is undoubtedly a huge boost to the well-being of the world's largest population, and the benefits of this progress may also do much good for its economic allies, neighbors and some other developing nations.

However, this phenomenal economic prosperity is coupled with denial of basic democratic norms, free speech and human rights, which are being harshly and visibly repressed by Chinese policy. Opinion-shapers around the world are beginning to take note.

Critics around the world have been decrying Chinese policy regarding the limitation of freedom of speech and other basic civil liberties for over sixty years. If there is no end to Chinese dictatorship, it will be prevented from becoming a global superpower.

The current plight of Tibet -wherein more than one hundred men and women have been driven to sacrifice themselves in the name of freedom - should be a matter of grave concern for anyone concerned with human rights, freedom, nonviolence and justice. Their ethnicity and nationality should not matter, because they were all were human beings, born free and equal in dignity and rights.

Now is the time that the world must come together in support of the peaceful and decades-long non-violent struggle of Tibetans, to protect their ancient culture and religion. Moreover, for the sake of humanity and without any prejudices, people of conscience must condemn the inhuman atrocities being committed against innocent Tibetans by the totalitarian communist regime.

Does China really respect human rights? It is indisputable that, six decades ago, the people of Tibet were deprived of their fundamental freedoms and rights, and it continues to this day. Tibet was occupied by the Communist China in 1949 and 1.2 million Tibetans were killed. Thousands of Tibetans were forced to flee their homeland in pursuit of freedom, livelihood, and education in the exile community.

The regime's new strategy for containing Tibet's struggle for freedom is severely unjust. With an eye on curbing what it calls "anti-China activities," the totalitarian regime has in recent years enlisted the support of its small but strategically important neighbor, Nepal, which serves as a crucial transit path for those traveling to India. According to reports in 2010, the regime has "asked Kathmandu to step up patrols ... and make it more difficult for Tibetans to enter Nepal and rewards Nepalese forces by providing financial incentives to officers who hand over Tibetans attempting to exit Tibet."

The reality is that the so called "border management" and "information sharing" initiatives have emerged as key areas of collaboration between the two states, with some reports claiming Nepalese police are receiving training and equipment from the Chinese.

Under an informal agreement made in 1989 between the Nepalese and the U.N. refugee agency, Nepal pledged to allow fleeing Tibetans to pass safely to India. Now, the world knows that trust is eroding.

In recent years, Nepal's hospitality towards Tibetan refugees has waned — and the reason, many say, is China's growing influence on the country's political elite. Since 2008,the number of Tibetans making the journey to India has plummeted. From the early 1990s until 2007, some 2,500 Tibetans were arriving in India each year. In 2008, that number dropped to under 600, and has since hovered at about 800 refugees per year. A key reason is that China has significantly tightened security, not only inside Tibet but also along the border with Nepal, choking off crucial escape routes.

The international community, particularly the UN are failing to investigate all crimes under international law and violations and abuses of international human rights law. Instead, the cases involving Tibetans are treated differently because of the political sensitivity of Tibet with China.

The international community should be aware how Tibetan Culture has been systematically destroyed by the Chinese government during the last six decades. Certainly, this whole series of events, including the biggest waves of self-immolations in modern history, is shameful for the entire world, which in spite of declaring war against terrorism, allows the freedom movement of Tibetans in the Himalayan region to be crushed.

Furthermore, the iron-fisted rulers in Beijing must understand that under all circumstances, China needs to gain the world's trust. It doesn't matter if the rulers are Chinese or Han, they cannot maintain their authoritarian regime on the strength of violence, and in the absence of a meaningful and peaceful engagement with Tibetans.

If Beijing will not seek a solution for Tibet in an honest manner, they will never overcome their problems of trust. Therefore, China must learn from the statement made by Adolph Hitler on the basis of his experiences, in which he said in 1943, "Ruling the people even in the conquered regions, I might say of course a psychological problem. One cannot rule by force alone."

Day-by-day, the world's situation is changing rapidly. However, the world will never forget meaningful values like peace, hope and freedom. The global community is not blind. The problems of Tibet have attracted the attention of every reasonable person, and the vast majority of the people have sympathy for Tibetans.

Therefore, it is in the interest of the Chinese government itself that it considers the legitimate demands of Tibetans and seeks a peaceful solution to this problem. China must realize that it will be unable to change Tibetans' hearts and minds by continuing its hard-line, inflexible policies and harsh political control. So how can the issue of Tibet be resolved? Beijing must look deep inside itself; and without any further delay engage with peaceful Tibetan demands for genuine autonomy for Tibet.