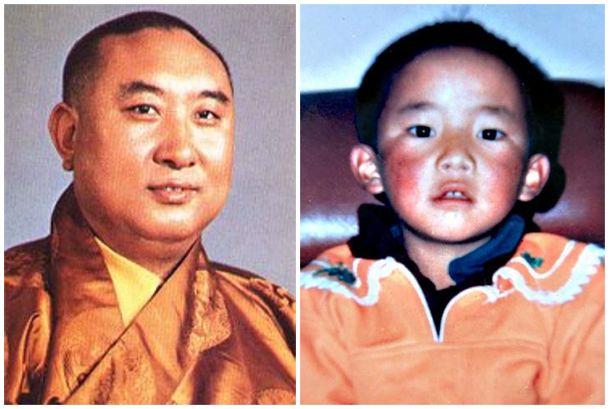 Should it be beyond question to the international community that the People's Republic of China can kidnap a 6-year old Tibetan boy – Gendun Choekyi Nyima? This is the 11th Panchen Lama, who became the world's youngest political prisoner, a frightening fact when the Chinese regime murdered one of the most respected Tibetan spiritual leaders – the 10th Panchen Lama. Anything is possible for the regime if the world does not react to the danger.

Human rights violations will continue as long as China is granted the ability to act as a state above the international law.

Tibetans are deprived of various freedoms: freedom of religion, freedom of language, freedom of economy, and women's rights. The world has done nothing to combat the denial of these rights. They are all openly blocked by the Chinese authorities.

One other question remains to this day: that of the unknown causes for the fire disasters in Tibet. This tragedy saw profound loss of the cultural and natural heritage sites in the Himalayan region, both irreplaceable sources of life and inspiration which only an international and independent inspection can comprehend.

A massive fire destroyed the main prayer hall of Lithang monastery, another huge blaze destroyed the ancient Tibetan town of Gyalthang, and one other fire occurred at another influential Buddhist institute– the Larung Gar. All three were historical and cultural sites.

There are several suspicions the incidents were a part of the Chinese government's 'urban renewal' initiative. Already, this campaign has seen dozens of old structures dismantled through fake accidents.

This is the real African question for China, and it calls to mind all those terrible stories of slaves. Human beings – merely because they were Tibetan – were treated like cattle, taken prisoner, and tortured in their own homeland. Many of their children grew up in strange lands, the objects of contempt and hostility because their complexions were different. The most distinguishing characteristics of Tibetan culture and national identity became 'attacked' and 'destroyed.' China's goal is for Tibet to disappear from the world.

This year, International Human Rights Day widely claimed that it focuses on non-discrimination, a right enshrined in Article 1 of the Universal Declaration of Human Rights (UDHR):

"All human beings are born free and equal in dignity and rights. They are endowed with reason and conscience and should act towards one another in a spirit of brotherhood."

However, 61 years after the adoption of the UDHR, China continues to pursue clearly discriminatory policies, and the violations of Tibetans' human rights have escalated.

China's persistent human rights violations would not be possible without the complicity or support of the international community. The UDHR itself recalls, "Recognition of the inherent dignity and of the equal and inalienable rights of all members of the human family is the foundation of freedom, justice, and peace in the world."

Forcible resettlements of nomads, an increase of internally displaced persons, and extensive mining are a consequence of the aforementioned Chinese policies. According to recent reports, many of the 2.3 million nomads are forcibly displaced persons who have remained without access to durable solutions.

The international community must make tangible efforts to combat impunity, and to uphold victims' rights. This includes implementation of the UNHRC reports.

International pressure must also be put on China to respect the integrity of the Tibetan nationality, end Han colonization in Tibet, dismantle forced resettlements, and provide reparation to Tibetan victims. Ultimately, China's failed policies in Tibet, which are the root cause of China's human rights violations, must cease as demanded by international law.

The self-immolation protests are proof of the sufferings of the people in Tibet, like the African-American Struggle for Human Rights. Families still await their loved ones' appeal to be heard by peace-loving governments and people around the world, so that they could stop oppression in Tibet. Your voice restores the inner strength of Tibetan people.

What China claims about the situation in Tibet is shameless and insufficient. Without fundamental rights and the rule of law there can be no justice; without justice there can be no peace and happiness.