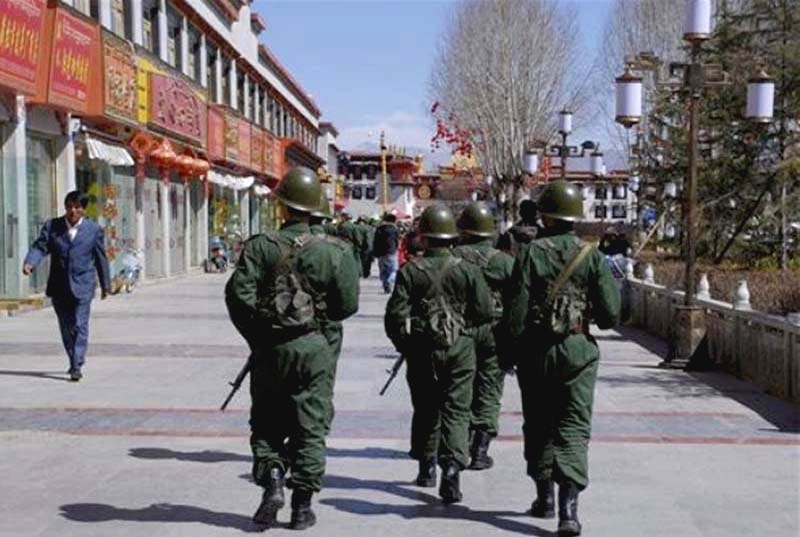 Dharamshala: - In recent years the international community – including the United Nations, European Union, and the US government – has failed to clearly and forcefully raise the issue of human rights during visits to China. This significant issue consistently goes unmentioned in bilateral talks, despite severe human rights violations in Tibet, Eastern Turkestan, and China.

International communities across the world have a long-established demand for respecting human dignity. The Universal Declaration of Human Rights, after all, has set a common standard of treatment for mankind since 1948.

Obviously, the international community's failure to uphold these high ideals in previous cases of rights atrocities has drawn serious criticism. The international regret for letting genocide occur in Rwanda in the 1990's is nearly unanimous, and is seen as one of the largest UN failures. Indeed, the recently-popular "Responsibility to Protect" (R2P) school of international thought found its basis in this catastrophe. Scholars were uncomfortable with an international legal system that protected state sovereignty even to the point of allowing gross human rights atrocities, and sought out a mechanism to correct this fault.

With international remorse strong enough to bring about R2P, it would seem the globe is tired of gross rights violations. But the unfortunate question remains: Why does the subject of human rights, officially under the international community's protection for almost seven decades, remain such a challenge for so many places in the world today?

The question seems almost naïve in its simplicity, but its answer continues to elude consensus.

The easy response, and the one into which many governments fall, is that the reports of violence in Tibet have yet to achieve satisfactory verification. The conflict, they say, is not one between a bully and a victim, but between two quarrelling sides: the Tibetans claim to experience rights violations, and the Chinese claim the opposite. Other global governments argue the international community must have independent verification these violations are ongoing before they are ready to act.

Although it is simply wrong to claim that the conflict is mutual – independent reports everywhere from Amnesty International to Spain-based rights groups have confirmed the one-sided violence – the best way to verify the "alleged" claims is quite clear: send a team to China to investigate.

However, attempts to do so, or at least attempts to perform investigations that could be comprehensive enough to be satisfactory, fall flat. The doubtful governments should note that it is not the Tibetan community – neither in exile nor within Tibet – that rejects these initiatives. It welcomes them. The unwelcome host remains the Chinese government, which continues to benefit from a Tibet shrouded in secrecy. The regime desires to spin its own story rather than risk a more transparent process. This should leave fewer questions in the minds of those aforementioned "doubting governments."

As for rights abuses, perhaps it would be helpful to mention recent developments. Beijing has hardened its stance on the issue of self-immolation by making "examples" of a few defiant relatives. These tactics are aimed to intimidate other family members and relatives of self-immolation protesters from toeing the official line. In recent years, we have seen an alarming rise in the number of Tibetans arrested and sentenced in connection with self-immolation protests, Some have even been sentenced to as many as six to ten years of heavy imprisonment for alleged connections to these cases of self-sacrifice.

Many children and young adults in Tibet have lost their father, mother, or both, as a result of the persecution. Indeed, life can be so toilsome that at least 130 Tibetans have self-immolated.

Let's hope the world has moved past that, or at least that the world can take daily small steps as a collective unit, out of a dark self-interest and into a more enlightened notion of human rights. Let's hope the world is moved enough and shocked enough to hold the Chinese government and its leaders responsible for these horrendous abuses. Meanwhile, the long atrocities cry out for international condemnation.

Perhaps a slowing Chinese economy (which many Western experts predict) will assist leaders in their transition from self-concern to concern for the greater rights of all, but that has yet to occur. Many Tibetans are simply adopting a new strategy: expect the best, plan for the worst, and prepare to be surprised.

However, history has witnessed and re-witnessed the reality that no dictator and no totalitarian state last long. When China's leadership tries to evade responsibility for its crimes, the voice of the international community should speak with resounding clarity and unity, prepared to bring justice forward.