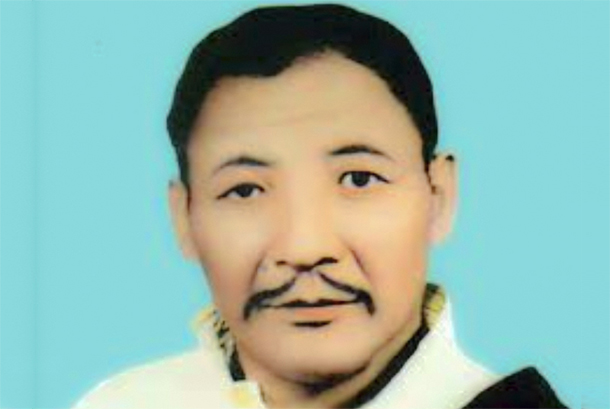 Dharamshala: - The military-dominated regime of China has, for decades, occupied and oppressed Tibetans and its own people. Major cities and counties of Tibet, east to central Tibet has become more like prisons. China's iron-fisted policy has turned Tibet into a virtual fortress.

Our brothers and sisters face gross violation of human rights as a continuing atrocities continue in Tibet. No foreign journalist or diplomat are allowed in, except for a few carefully selected groups. What is Beijing's master plan? Authorities are tightening their grip, are they trying to isolate Tibet even more from the outside world?

Treading a fine line without harming others and voicing their discontent , all 132 martyrs who self-immolated expressed in their last words : "the return of His Holiness the Dalai Lama to Tibet and Freedom for Tibetans." We must remember their tribulations, sacrifices, and their aspirations. We all should keep them in our mind as we carry our struggle in exile.

Those martyrs loved their people and their country and they gave their lives so that one day Tibet would be free and peaceful. We must continue to speak out on their behalf and condemn China 's policies so that we could keep reminding them of their failed policies and so the sacrifices of Tibetans remembered and never forgotten.

We know of China's attempts to silence the world by using its economy as a political tool. Many countries are too afraid to speak out about the injustices being committed not just in Tibet but also in places such as Xinjiang and Hong Kong. However China must realise that as long as they oppress people by restricting basic human freedoms and violating human rights, they will not succeed in their campaign to silence the oppressed people under its regime.

Since 2008, when Tibetans rose against Beijing's rule, thousands of Tibetans, mostly young, have fallen victim to PLA's bullet. Many more respected Tibetan spiritual leaders, writers and musicians have been tortured, killed and imprisoned during the nearly 60-years of deadly occupation. One day the whole world needs to see an unbiased, uncensored report on this highly restrictive Himalayan region. The world needs to read and understand what Tibetans and many others have witnessed.

It has been a long struggle for Tibetans and we still wait to see a change in Chinese regime. Maoism ideology is still alive in Tibetan regions and unlike in Hong Kong, Tibetans inside Tibet are not entitled to their right to protest and express their discontent.

The world has increased pressure on China in the last five decades. Tibetans are respected as a peace-loving and inspiration to the world.

Tibetans both inside and outside Tibet remain united, our spirits our high, our sense of solidarity is strong and our flag of freedom is raised high as a symbol of the non-violent struggle against oppressive regimes. We must continue our fight for freedom through the path of non-violence, the unbreakable way to win.

The number of Tibetans killed by the Chinese regime is still unknown, in 1983 the names and places of over 1.2 million Tibetan victims killed in the Chinese military invasion were documented. Among them, over 480,000 Tibetan warriors, mostly serving in the ranks of "Four Rivers, Six Ranges" (Chushi Gangdruk) led by their Supreme Commander Andruk Gonpo Tashi. They fought a heroic guerrilla war against China from 1956 until 1974 when the US betrayed them and President Nixon made a deal with China.

In 2014, we mark the 50th anniversary of the death of Andruk Gonpo Tashi. As well as fighting against Chinese rule he played a key role in His Holiness the Dalai Lama's escape to India in March 1959. We must remember this brave man who was aware that the use of violence is against the rules of Buddhism, but armed resistance was in his opinion the only way to protect the faith, nation and country.

We must remember the dreams of brave brothers and sisters who, throughout our history, have given their lives and devoted their hearts and minds to Tibet and its people. They did not suffer in vain, they fought and died so that one day Tibet will be free.

We are hard pressed on every side, yet not crushed, our minds and hearts are clear and as our struggle is passed on through generations we must remain united for the journey ahead. We may only be in the middle of our journey and we must continue to endure hardship as a responsible citizen of the snow-land.

We are at a critical stage in our struggle. Tibetans living in exile could exercise their democratic rights to choose our leader in the movement. An elected parliament, whose members represents all different parts of Tibet and different religious sects. We have managed to build a highly efficient system that looks to work for the welfare of Tibetans in exile and at the same time trying to resolve the issue of Tibet. A vibrant civil society in exile engaged in various exciting ways to engage, discuss, debate and thereby strengthening our movement. If we could manage to keep our focus on our goal and try to find an amicable resolution of our struggle, no matter how long it takes but our flame of hope will remain alive.

Despite the unrelenting efforts of the totalitarianism and its repressive polices against the Tibetan people, our struggle remains undefeated and morally strong. All peace-loving people around the world must speak up for the Tibetan people and demand an end to occupation, an end to settlements and an end to the terror. Without raising your voice we may never be heard.