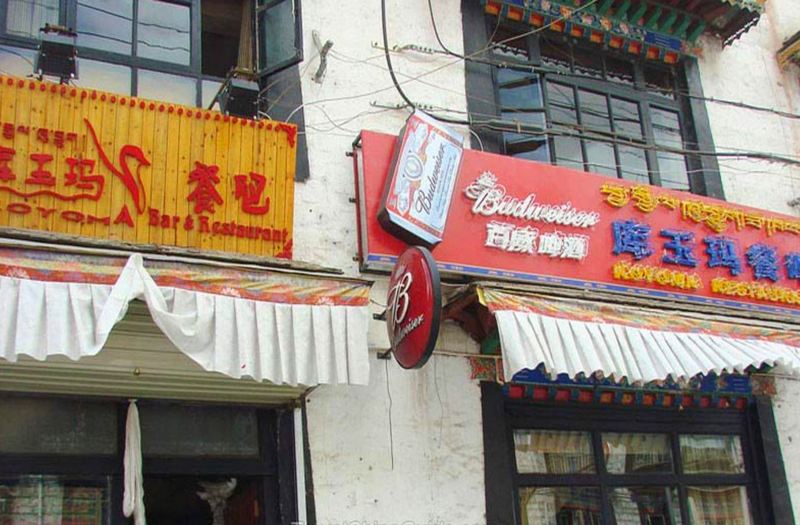 Though over 70 years have passed since the massacre of 1.2 million people of Tibet, the legacy of this tragedy continues to reverberate throughout the Himalayan nation and the rest of the world. This is how the Chinese-communist troops led by the dictator Mao committed an equally appalling, though less well-known, the massacre of 1.2 million Tibetan civilians―assimilate the catastrophe of these mass deaths into their everyday freedom struggle life.

However, unfortunately, recent facts show that there has been real "cultural and linguistic genocide" in Tibet over the last 70 years. With the Tibetan heritage and its rich contribution to humanity endangered and disappearing, we must make every effort to advance the preservation of the Tibetan language, literature and culture through speaking, writing and creating of the Tibetan language.

A number of Tibetans have been arbitrarily arrested every year for simply expressing their views about a desire for freedom and their sufferings of the complete lockdown by the Chinese Communist-authoritarian regime. The Chinese authorities frequently involve in blocking and removal to online platforms, which often do so without transparency or accountability and they have been increasing online surveillance and cracking down on content and behavior that indicates dissent, an approach to effectively influencing others toward digital authoritarianism by embracing the Chinese model of large-scale censorship and mass surveillance systems.

Tibetans in Tibet are still facing linguistic and cultural genocide and their national culture and language— are continued under great threat in their own homelands. From towns to cities, such as Lhasa, Tibetan signboards, billboards, license plates, road signs, storefronts with the Tibetan language have been disappearing in recent years. Particularly nameplates, notices, and official conference banners only display the standard written Chinese during the most major government meetings in the region.

Moreover, the use of the Tibetan language is rarely seen whilst driving along the highway, sitting in airports, bus or train stations. This is due to the fact that the standard spoken and written Chinese language is widely used in Tibet in the textbooks, billboards, and official documents and especially during their official meetings. A Tibetan who recently visited Lhasa, the Capital of Tibet told the TPI "walking in the city you are very quickly shocked by the amount of traditional architecture and old buildings being destroyed or replaced with an artificial look, almost like erasing the past signs of Tibet."

Tibetans in their homelands intensely fear and sensitive that China can justifiably move Tibetan off the walls and replace them with their own Chinese language. They have no choice but to accept the policy as an act of linguistic and cultural genocide. Tibetans say China is making Lhasa another Chinese city, and it has no different from Beijing or Chengdu. The Tibetan words and signs being written or curved on signboards of shops and restaurants in popular Barkor and other streets in Lhasa are disappearing and lost their place — becoming very tiny years by years. Almost 85% of a signboard is invaded by the Chinese language and almost 99% of all official meetings are conducted in Mandarin. As ugly as they may look, the Chinese authorities keep forcing Tibetans to spell “a new level of comfort and a feeling of modernity.”

Prisons in the occupied Himalayan nation are full of people. China is still practicing repressive policy in denying passports to almost all Tibetans and had systematically banned them from traveling abroad for decades. Their application and request are constantly refused, suspended or canceled and often reported or recorded as a case of suspicions. They have intensified tightened control over Tibetans’ movements by denying and recalling passports, in contravention of both the Chinese and international law. Very few Tibetans in the so-called “Tibet Autonomous Region” and in other Tibetan areas have been issued passports for few years. But their passports were confiscated in 2014 and they never returned back.

Denial of traveling outside Tibet is used as a legal form of collective punishment; the counties or towns and cities, the family and friends of Tibetan political prisoners, writers, artists, singers, educators, intellectuals, or individuals associated with Tibetans who have self-immolated or participated in protest, can also have passports denied or recalled. The denial of passports for Tibetans in Tibet by the Chinese authoritarian regime is occurring with heavy restrictions on movement in the occupied areas linked to intensified militarisation and security. China has discriminately imposed repressive policies in order to prevent Tibetans from traveling to teachings by His Holiness the Dalai Lama outside Tibet and to severely punish those who do not comply with an order. The intensified restrictions made it nearly impossible for Tibetans who wish to travel outside Tibet and China to receive teachings from exile teachers and also difficult for exiled teachers to get permission to travel within Tibet to give teachings. In contrast, more and more Chinese are traveling both abroad and freely in the occupied territories of Tibet.

Tibetans in Tibet face severe repression, illegal occupation, and mass surveillance in their daily lives, with millions of security cameras, heavy police checkpoints, and party officials intensely monitoring their movements and activities. Even they express their concerns about environment and language, they unlawfully charged with "separatism” can face sentences up to and including the death penalty. Any protests that include peaceful ones are suppressed with severe violence. Protesters are imprisoned, tortured and may even be slaughtered indiscriminately. Many are imprisoned on unclear or unspecified charges, their families not informed of their whereabouts and health conditions.

Tibetans in Tibet are denied access to proper legal support and face trials that do not respect international standards of justice. China has repeatedly violated international law and UN conventions through extensive use of torture and genocide against political prisoners in Tibet. Tibetans are arrested and convicted for peaceful acts, such as waving the national flag of Tibet, calling for the return of His Holiness the Dalai Lama and sending information about events in Tibet abroad. Tibetans in Tibet continue to resist and protest the illegal occupation and repression, despite the risk of retaliatory violence, arbitrary arrest, and unlawful imprisonment. Those who are detained or arrested often disappear from public view and are at serious risk of severe torture.

1.2 Million Tibetans have been killed in this conflict since Tibet was violently and illegally occupied, according to international law, by China in 1949/1950. More than 100,000 Tibetans have been forced to flee their homeland and now live in Exile communities around the world. Until today, the rule of law or basic human rights are non-existent in Tibet. Surveillance, repression and arbitrary arrests are daily-routine. Despite the continued suppression, the Tibetan people choose the path of non-violent resistance and for that, they deserve our utmost respect and full support.