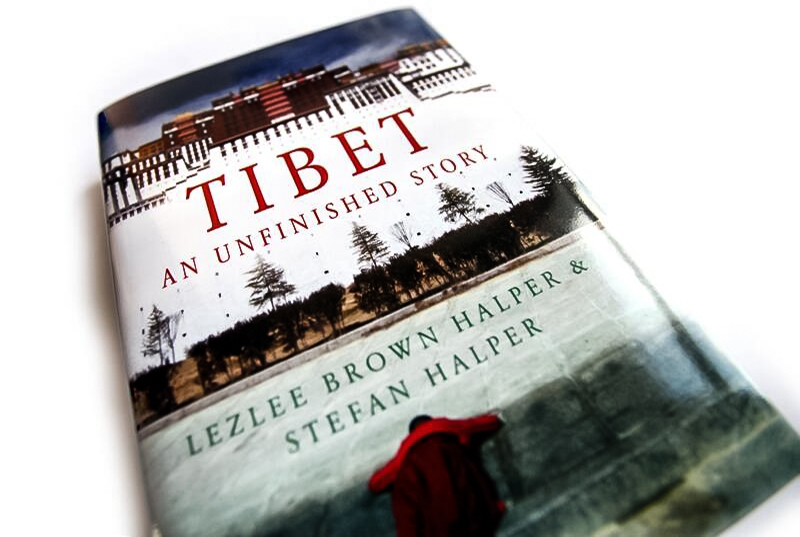 London: - Tibet’s enduring myth, animated by the tales of Himalayan adventurers, British military expeditions, and the novel Lost Horizon, remains an inspirational fantasy, a modern morality play about the failure of brutality to subdue the human spirit. Tibet also exercises immense ‘soft power’ as one of the lenses through which the world views China.

This book traces the origins and manifestations of the Tibetan myth, as propagated by Younghusband, Madam Blavatsky, Himmler, Acheson and Roosevelt. The authors discuss how, after WW2, Tibet — isolated, misunderstood and with a tiny elite unschooled in political–military realities –– misread the diplomacy between its two giant neighbours, India and China, forlornly hoping London or Washington might intervene.

The PLA sought nothing less than to deconstruct traditional Tibet, unseat the Dalai Lama and ‘absorb’ this vast region into the People’s Republic, and Lhasa succumbed to China’s invasion in 1950.

Drawing on declassified CIA and Chinese documents, the authors reveal Mao’s collusion with Stalin to subdue Tibet, double-dealing by Nehru, the brilliant diplomacy of Chou En-lai and how Washington see-sawed between the China lobby, who insisted there be no backing for an independent Tibet, and Presidents Truman and later Eisenhower, who initiated a covert CIA programme to support the Dalai Lama and resist Chinese occupation. It is an ignoble saga with few, if any, heroes, other than ordinary Tibetans.

‘Since World War II few peoples have been more badly served than the Tibetans — abandoned to their fate at the hands of the Han Chinese by their so-called friends and admirers. Yet the Tibetan myth, a cultural state of mind and belief, lives on.

This excellent book explains its fate and its extraordinary durability, and suggests that the myth may yet prove to have more soft power and greater longevity than the Chinese Communist Party itself – a wonderfully seditious idea which should set alarms ringing in Beijing.’ — Sir Richard Dearlove KCMG OBE, formerly Chief of the British Secret Intelligence Service.

‘The West is – understandably – deeply impressed with the spiritual energy and depth of the Dalai Lama; but we have long needed a judicious and comprehensive overview of how the current indefensible situation in Tibet arose that will take us beyond vague sympathy.

This book offers just such an overview, spelling out how short-term needs of the Cold War and the tunnel-vision of pro-Taiwanese lobbyists in the USA combined with the political and moral radar of the world. It is a tragic and shameful story, told here with clarity and challenge.’ — Lord Rowan Williams, Master of Magdalene College, Cambridge and former Archbishop of Canterbury.

‘Lezlee and Stefan Halper are unique; a literary partnership at home in the rigorous disciplines of research and scholarship, with deep experience in high level public service, yet able to enthral the reader with a thrilling story. In Tibet, they have drawn on all these talents to illuminate the adventure, mythology, violence and geopolitics of Tibet in a way never before achieved.

They have unearthed new secrets through diligent research and unique access while never losing a grasp of the arc of the romantic tragedy that is the fabled “Shangri-la.”’ — John Lehman, former Secretary of the Navy, member of the 9/11 Commission and the author of Command of the Seas.

‘This book reshapes the way we look at Tibet.  A challenging, fascinating and provocative work that anyone interested in the society and its fate should buy.’ — Christopher Coker, Professor of International Relations, London School of Economics.

‘In Tibet: An Unfinished Story, Lezlee and Stefan Halper provide the most readable and insightful account of Tibet’s history during the Cold War to date. This is the remarkable story of how Tibet, weak militarily, without genuine allies, and surrounded by powerful states, was frequently traduced. It was unable to gain the independence it wanted at a time of decolonization across Asia. But the book is also the story of the emergence of a Tibetan myth that has become fundamental to its unique position in the world today.

Anyone who wants to understand the Cold War in East Asia, the problem that Tibet will pose for the People’s Republic of China as it progresses on its ‘peaceful rise’, and the continuing sympathy for Tibet in the West must read this book. Written in a lively and accessible style by authors who care about the subject and know it inside out, this book is a genuine achievement.’ — Hans van de Ven, Professor of Modern Chinese History, Cambridge University.

You can reach Georgie Williams via email This email address is being protected from spambots. You need JavaScript enabled to view it. or via +44 (0)20 7255 2201.