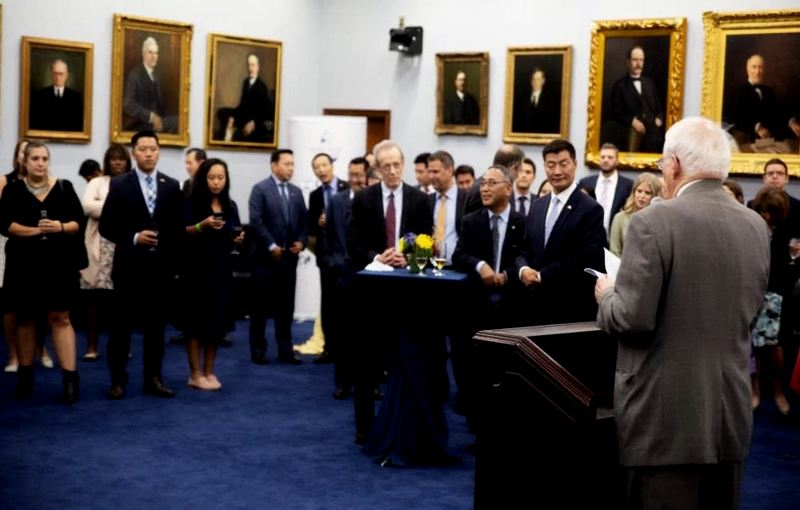 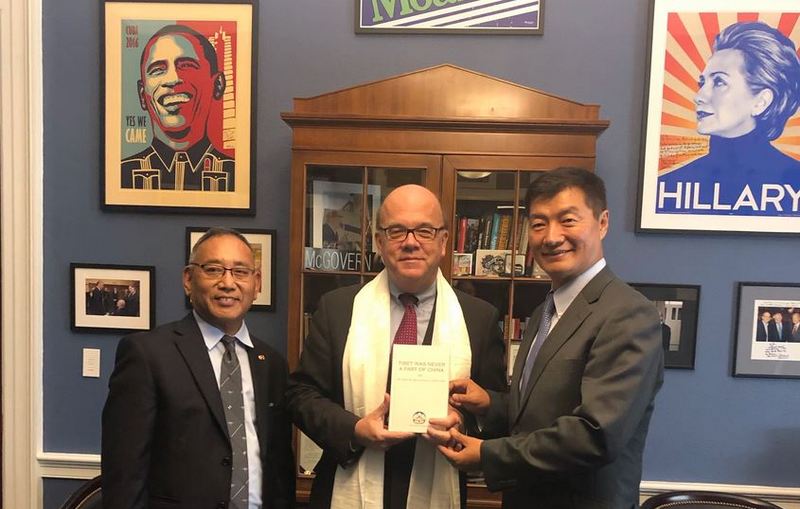 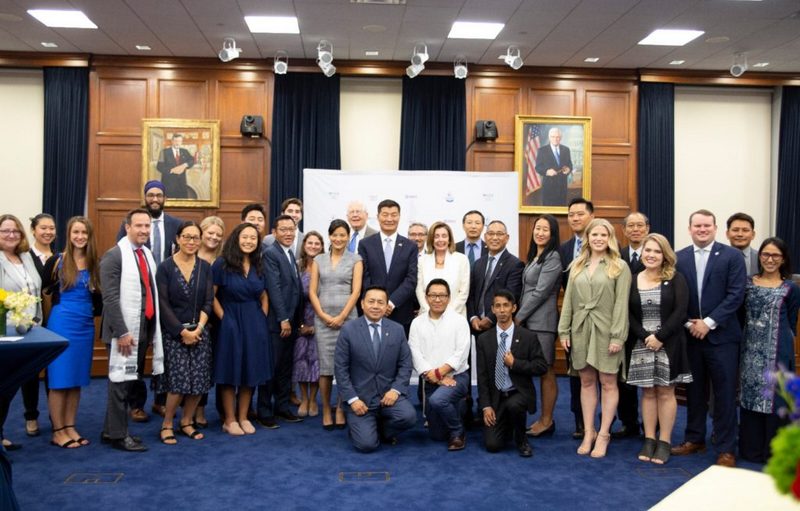 Dr Lobsang Sangay with high-level dignitaries of House Democratic Partnership(HDP) and other staffers at the dinner hosted by HDP. Photo: OOT 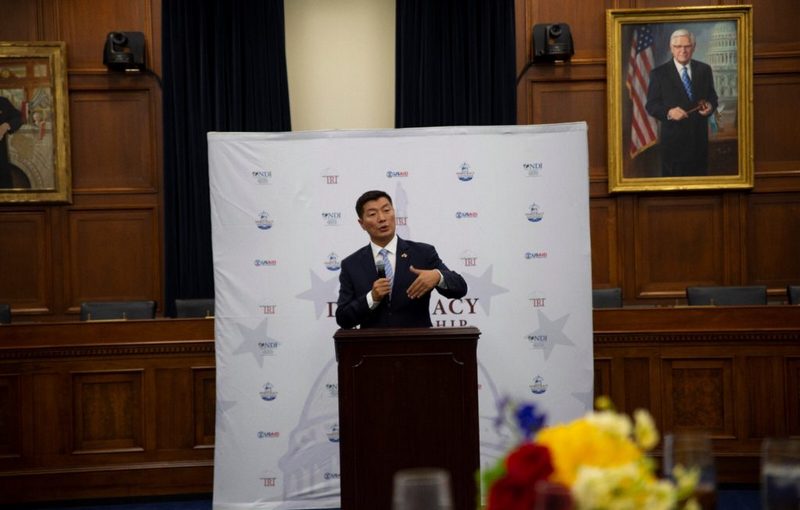 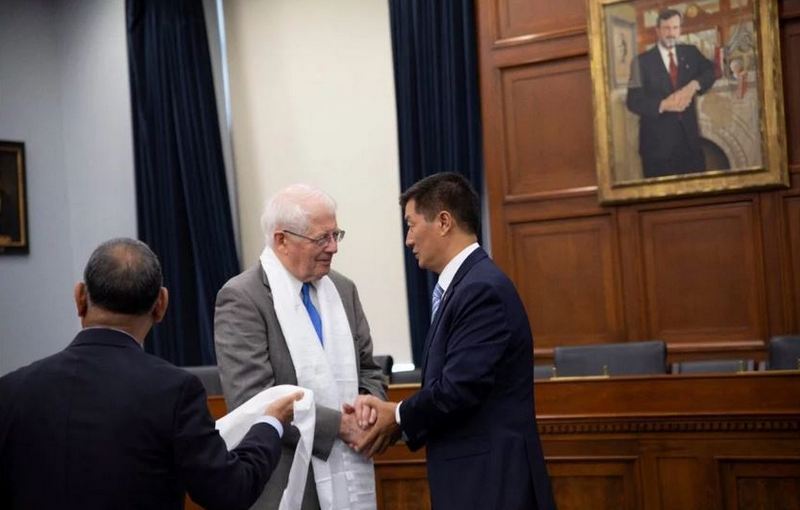 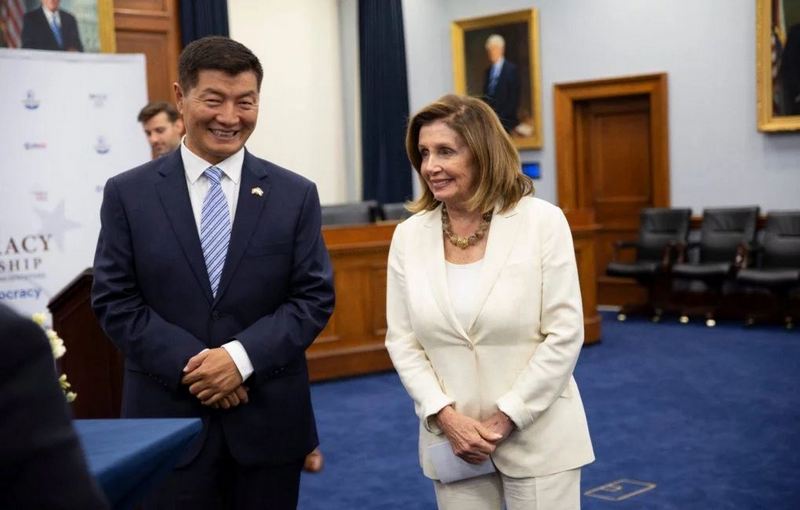 President Dr Lobsang Sangay with Speaker Nancy Pelosi, a staunch supporter of Tibet at the event. Photo: OOT
Previous Next