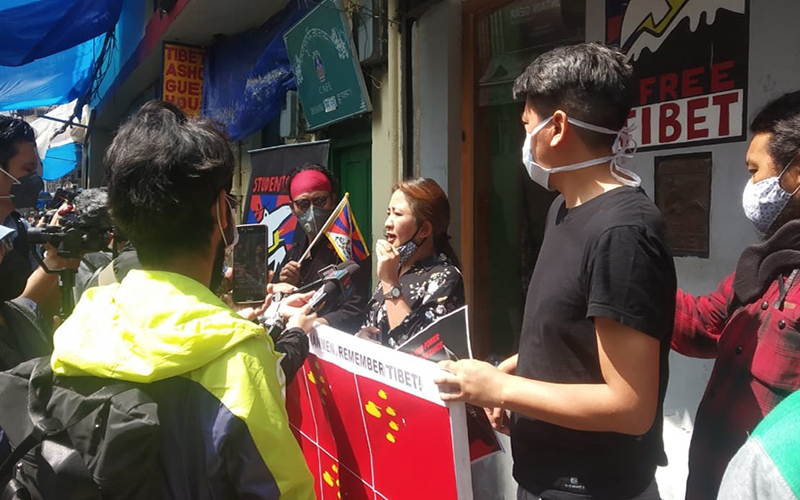 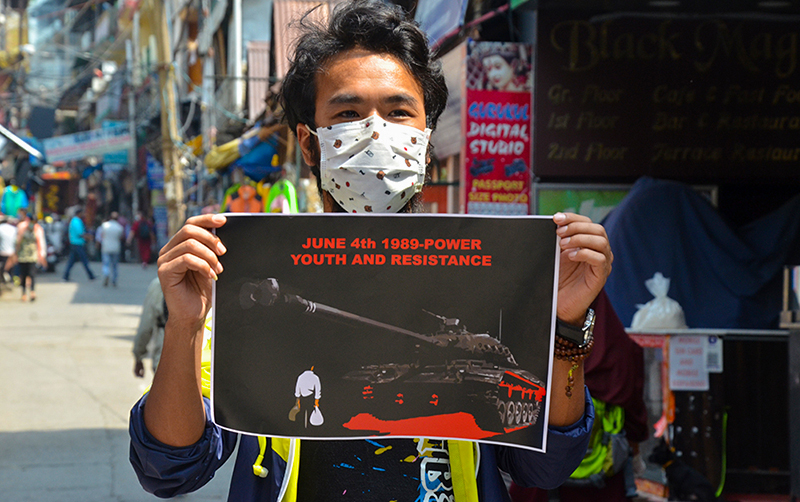 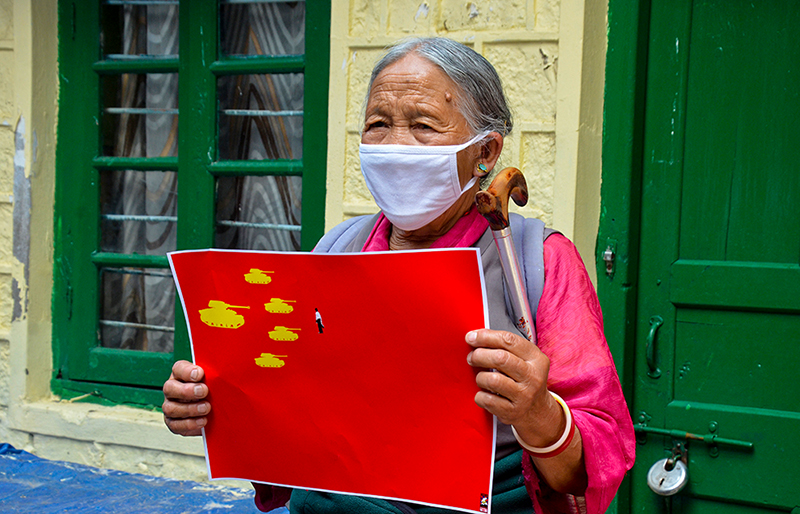 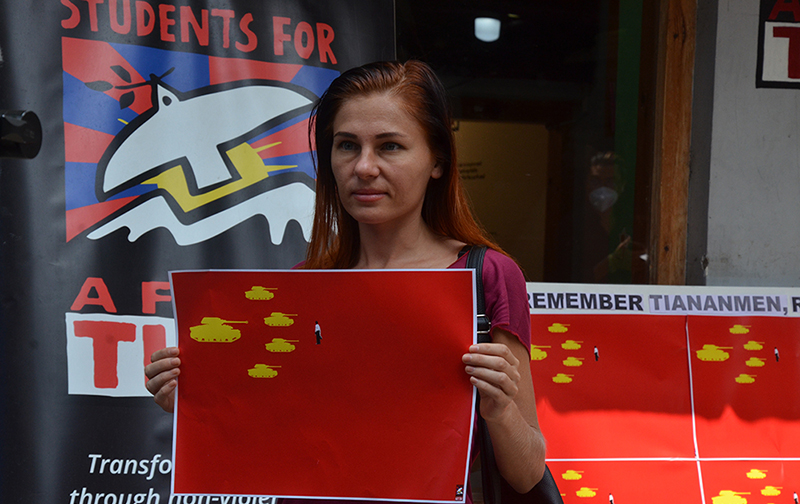 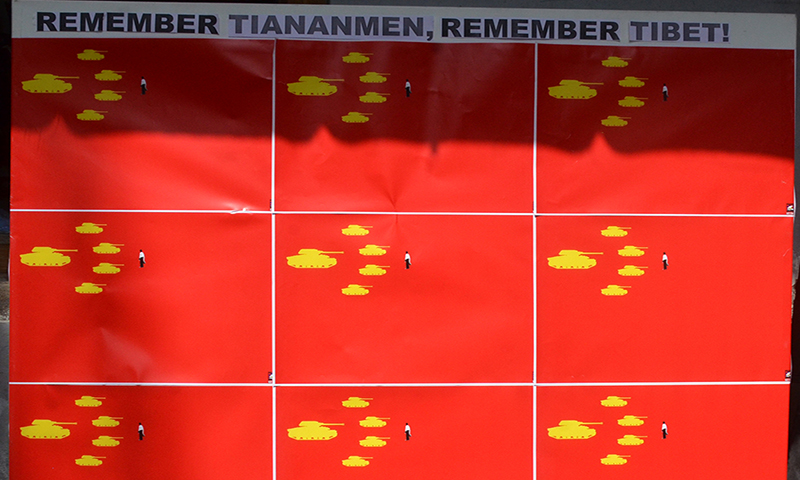 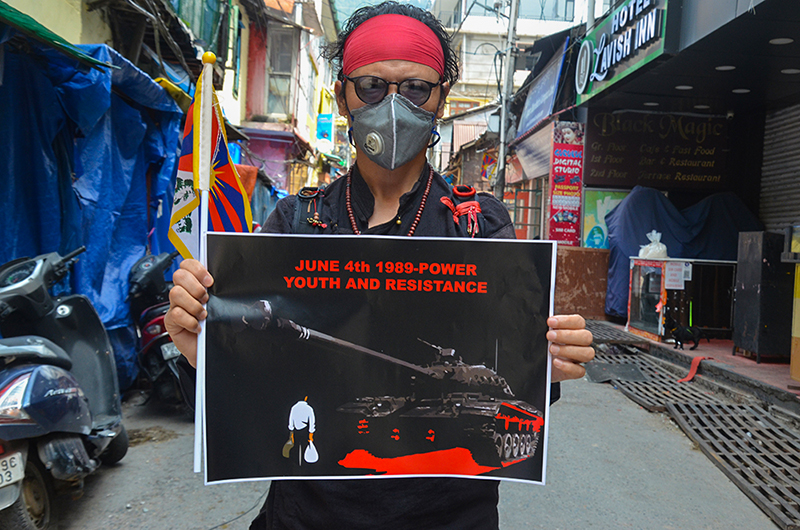 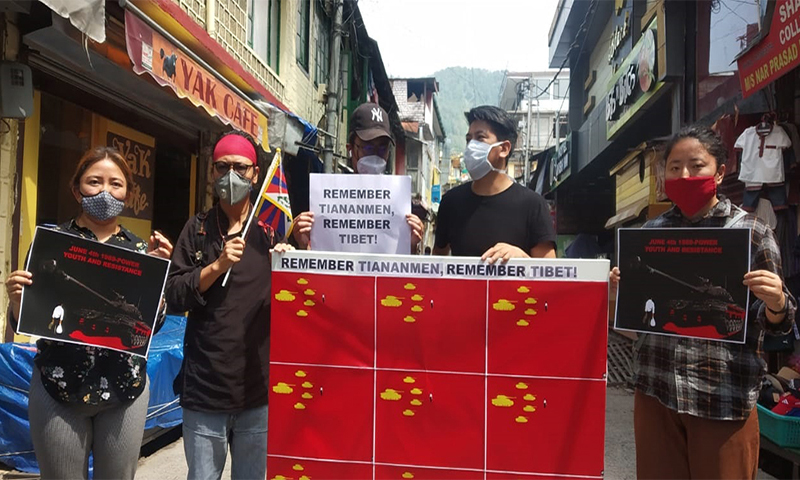 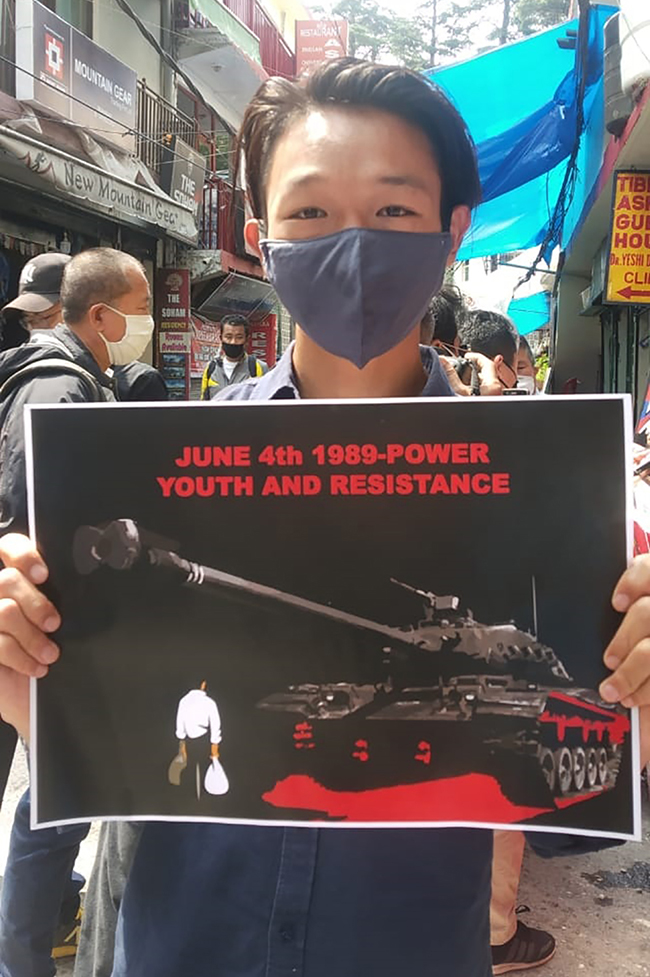 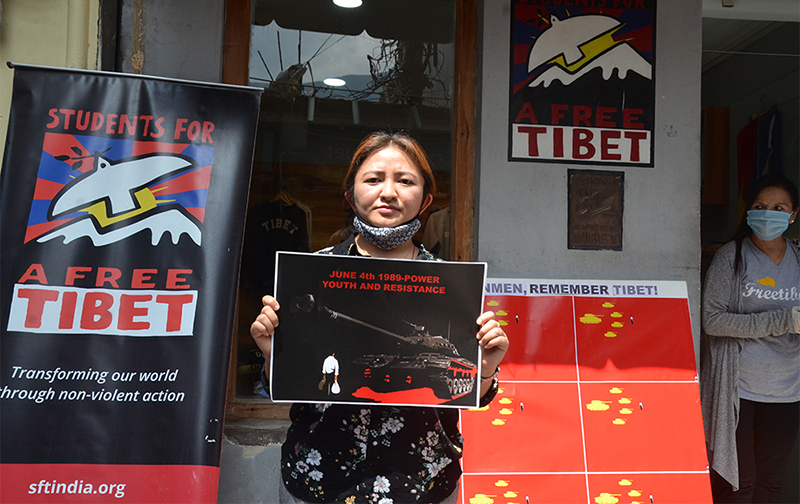 Dharamshala, India — Tibetans and supporters on Thursday marked the 31st anniversary of the Tiananmen Square massacre with an event in McLeodganj town of Dharamshala, India. Other vigils and protests took place around the world to commemorate the events of 1989.

Protesters denounced the communist-authoritarian government in China for its actions during the 4 June 1989 deadly crackdowns and strongly condemned the dictatorship led by Xi Jinping in Beijing for what they said amounted to continued repression of the country. Once again, they remembered the protesters who gave their lives in 1989 while holding posters and banners of the "Tank Man".

4 June 1989 saw Chinese authoritarian communist soldiers kill hundreds if not thousands of democracy protesters in Tiananmen Square and across China after communist authoritarian leaders ordered popular protests to be suppressed.

While the initial presence of the military failed to quell the protests,  the  Chinese authorities decided to increase their aggression. At 1 a.m. on June 4, Chinese soldiers and police stormed Tiananmen Square, firing live rounds into the crowd.

Leaders worldwide, including Gorbachev, condemned the military action and, less than a month later, the United States Congress voted to impose economic sanctions against China, citing human rights violations. The regime then declared martial law on May 20 and 250,000 troops entered Beijing.