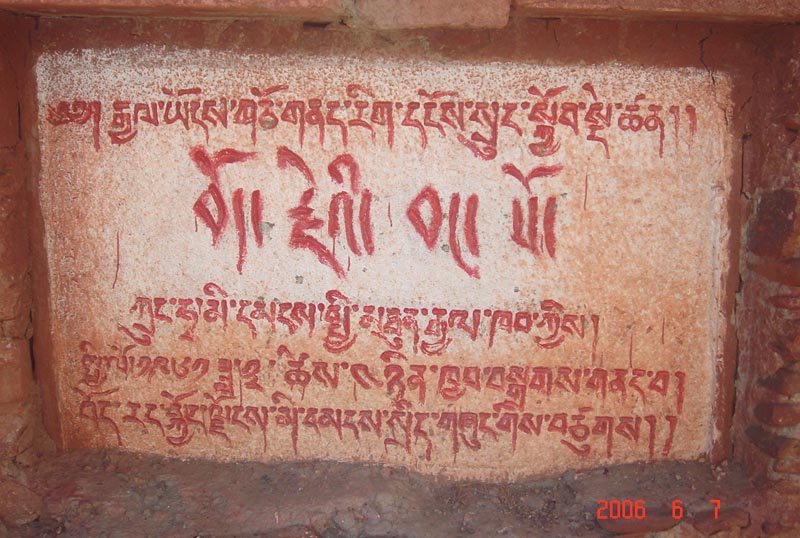 Dharamshala: - The Chinese authorities of the so called Tibet Autonomous Region have eliminated the almost 100 year old ancestral house of the 13th Dalai Lama who declared Tibet as a sovereign independent country on 13 February 1913, a Tibet source said. The demolition came despite calls to protect the heritage site.

The house of Thupten Gyatso, who was the predecessor to the current Dalai Lama, was situated close to the Kyichu River, south of Lhasa, capital of the so called "Tibet Autonomous Region". This area is controlled by the Lhasa military centre, and the house itself was earlier declared as "historic structure to be protected".

Sources say that the demolition began on the 10th of June, and was completed within short time. Family members had earlier appealed to the Lhasa city government to protect [the residence] from demolition, but their calls went unheeded. The concerned city authorities stated that they were helpless to stop the demolition because the area fell under Chinese military control.

The Chinese authorities have denied any knowledge of the incident
.
Brief history of the 13th Dalai Lama
The 13th Dalai lama (1876-1933), the son of humble parents in the district of Dhakpo region, to the south of the Yarlung Tsangpo, a Tibetan river, source of the Brahmaputra in India. Little is known of his early life. He crossed the India frontier on the 21st February 1910, His residence in India produced a lasting effect on his mind, and greatly enlarged his heroism. On the advance of the British Mission he fled from Lhasa to Mongolia, accompanied by the Buriat Mongolian Dorjieff, about June 1904. From Mongolia he proceeded to Peking (Beijing) in 1908 on a visit to the Emperor Kwang Hsu and the Dowager Empress of China. At the end of 1909 he returned to Lhasa but shortly after his arrival the Chinese invaded Tibetan capital Lhasa with the object of securing complete control over Tibet.

Thubten Gyatso was a small, rather frail man with a pockmarked complexion. He became Dalai Lama at a time when Tibet was in imminent danger of being destroyed by the machinations of Russia, China, and Great Britain. There were also serious problems within Tibetan society; as the ruling elite had become corrupt and the power of the monasteries had become oppressive.

The late spiritual leader emerged from both invasions, with his reputation enhanced greatly. He was a man of strong character but of kind disposition and is said to have been strict observer of religious ceremonies. He would pay great attention to the details of administration, allowing no orders of importance to issue without his personal approval.

Following the 13th Dalai Lama's declaration of Tibet's independence in 1913, Tibet enjoyed three more decades of total independence until the Communist Chinese once again stoked the embers of hostility and set in motion a series of military skirmishes along Tibet's border to the east. All this while, realising that Tibet's interest lied in opening up to the world order and possessing a strong military built-up, the 13th Dalai Lama had been making efforts to strengthen Tibet. But his vision of a strong and open Tibet was cut short by the Communist Chinese full-scale invasion of Tibet in 1950.

He was the second of the "Great" Dalai Lamas (after the Fifth), so designated because he held Tibet intact through difficult times. He remains most famous for his prediction of the 1950 Chinese invasion of Tibet and died at the age of 57 in December 1933 after urging modernization of the Tibetan Army.