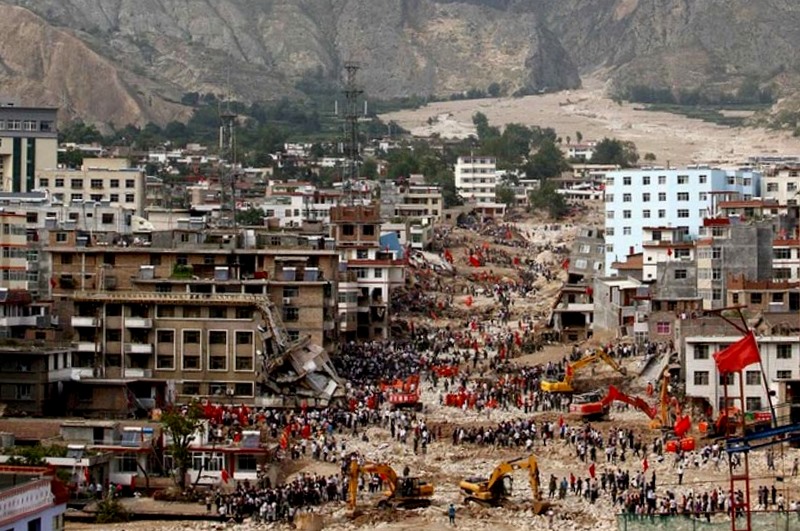 Dharamshala: Human development was at the heart of last year's deadly mudslide at Druchu, in the province of Amdo, eastern Tibet, said recently a Chinese top researcher, Jiang Giaoming. The disaster, which happened last August, killed 1,239 people while more than 505 went missing.

The mudslide was perceived as a consequence of heavy rainfalls, though some bloggers citing Chinese official reports have already pinpointed the role of human activities. In an article published on the website China Dialogue, Jiang declared that "extreme weather played a central role in this series of tragedies, of course. But the ability of humans to increase the risk and impact of such crises should not be overlooked."

Druchu "was once known for its forests, rich water resources, fertile land and pleasant climate. But after the felling of tens of billions of cubic metres of timber and the construction of huge numbers of hydropower dams, the area's hills have been left barren and unable to absorb rainfall", he explained.

"The rapid flow as the [Bailong] river passes down through the mountains makes this an ideal area for building hydropower facilities - and many have been built. But with no thought given to upstream ecologies, such projects have increased the likelihood of mudslides", he added.

Quoting the mudslide in Drugchu as a "powerful example" of the risk of human development, Mr Jiang concluded by saying that the region "exploited its mountains, its water and its rivers and, in return, suffered a powerful mudslide. (...) It is time for an approach to human development that avoids putting environment, lives and property at risk simply for the sake of economic growth."