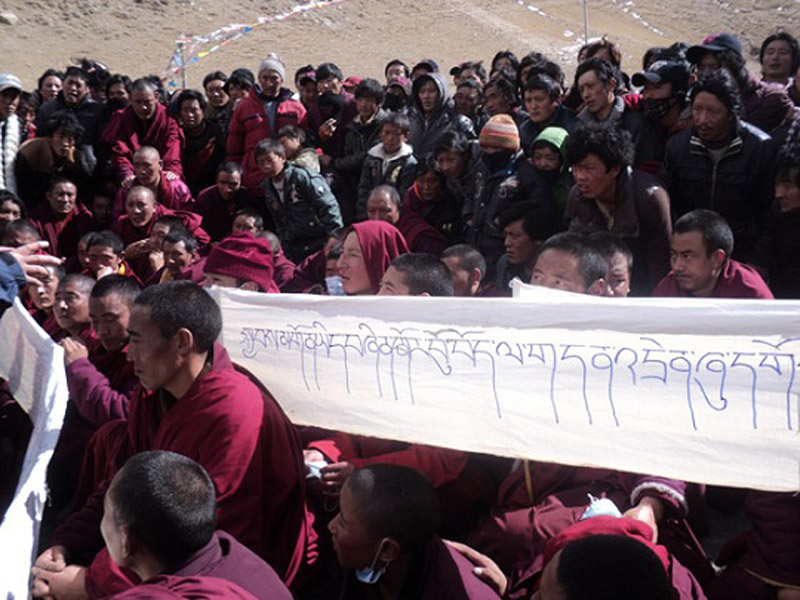 Dharamsala: - A Tibetan businessman, Tamdin, who was arrested in relation to the mass protests held at Nangchen in February this year, has been sentenced to two years of imprisonment.

On February 8 this year, around 500 Tibetan people had defied the security crackdown and protested against Chinese rule in Nangchen County. The protesters had carried banners and chanted slogans calling for return of Tibet's exiled spiritual leader His Holiness the Dalai Lama, freedom for Tibet, respect for Tibetan lives and Tibetan language, and release of political prisoners including the Panchen Lama. The protest had been a peaceful one, by means of prayers, chanting and circumambulation around various monasteries.

There was no case of immediate arrest or conflict. An immediate meeting was held in the afternoon and trucks of police were reported to have been deployed in the protest area.

Later, on February 22, Tamdin, a prominent Yartsa Gompo salesman, was arrested at Chengdu Shuangliu airport. Chinese Police claimed that Tamdin was the main organizer of the protest. He was taken by the police and his whereabouts were undisclosed. Since then, some local officials have been arrested.

In March, the authorities warned Tibetans who participated in mass protests in China's northwestern Qinghai province to surrender or face “severe” punishment.

Now it has come to light that the businessman Tamdin and another man have been sentenced to two years imprisonment. Radio Free Asia reported that they are imprisoned near the Zeling County jail in Qing Hai province.